Shift to card payments 'years ahead of schedule' 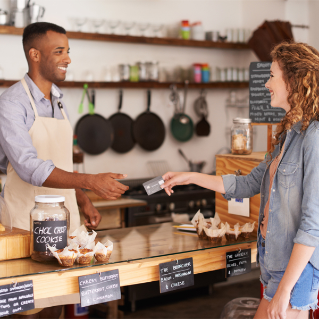 It's widely acknowledged that sooner or later, cash will be displaced as the most common method of payment. Whether it is credit and debit cards, mobile devices or some other yet-to-be-introduced form of payment, cash - while unlikely to disappear altogether - will one day be supplanted.

For many in the industry, the key question is how quickly will this occur, and what will the market look like once it does? In developed markets particular, the expectation is that while cash will remain as a secondary option, it will be overtaken sooner rather than later.

Debit cards to become #1 next year
This is one of the most interesting highlights included in Payments UK's latest report into the country's payments landscape. It claimed that debit card usage is set to overtake that of cash as early as next year. According to the study, in 2016 there were 15.4 billion cash payments made in the UK, compared with 11.6 billion debit card transactions. However, by 2018, the figures are expected to be 13.3 billion for cash and 13.4 billion for cards.

This shift in focus is three years sooner than previously predicted, with earlier forecasts from Payments UK suggesting the tipping point would not be reached until 2021. And the key reason for this, according to the figures, is the huge growth in popularity of contactless card payments.

In 2016, there were nearly 2.9 billion contactless transactions in the UK, accounting for seven percent of all payments. But in 2018, there are expected to be 4.6 billion of these payments.

This is not only to how quickly the industry in the UK has been able to make the technology almost ubiquitous in under a but also how much consumers value the added convenience. Even if it only shaves a few seconds off a transaction compared with chip and PIN entry or a cash payment, this quickly adds up, benefiting both merchants and consumers.

Looking further ahead
As the revision of Payments UK's figures shows, it is always a difficult task to accurately predict what the future will hold, but this has not stopped the body offering its outlook for 2026.

The organization stated that debit card payments - including contactless - are set to reach 18.2 billion a year in the UK by 2026, an increase of 57 percent from 2016's figures. Over the same period, cash payment volumes are expected to fall by 43 percent, to 8.7 billion. Meanwhile, the number of online or mobile banking payments processed by the country's Faster Payments Service or in-house clearing will increase from 1.3 billion to 2.3 billion.

economist at Payments UK Adrian Buckle noted that despite its decline, cash will remain a frequently-used payment method for the foreseeable future, as people will always want to use the method most convenient to them, and this will still be cash in many circumstances.

"In ten years' time, we will still be using cash for one in five payments in the UK, even as mobile payments and other innovations provide greater choice about how to pay," he said.

What this means for the industry is that it would be unwise for banks to put all their eggs in one basket by focusing solely on card payments. With the number of mobile payments on the rise and cash not going anywhere, investments into banking apps and ATMs must not be neglected. With consumer choice set to be the buzzword for at least the next decade, the banks that prosper the most are likely to be those that offer the broadest range of solutions.