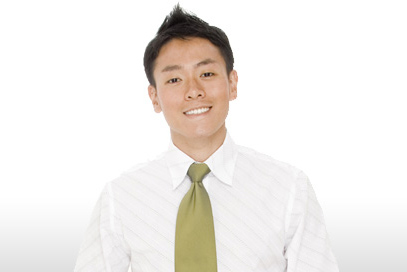 Asia’s wealth has exploded in the last decade. Japan’s long-term malaise has been offset by rapid and spectacular rises in the personal income and gross domestic product of China. Others have clung onto the coat-tails of the region’s largest economy and enjoyed their own

Asia-Pacific’s high-net worth population - those defined as having investable assets of at least $1 million - expanded by 17 per cent to 4.32 million last year and is set to overtake North America in a few years, according to a report from Capgemini and RBC Wealth Management.

This is good news for banks, which are growing their private client teams in the region to reflect the surge in wealth.

And it’s not just the mega rich who are impacting the banking model. The rise of the middle class arguably has a far bigger effect. McKinsey and Company explains in a report that by 2022 three-quarters of China’s urban consumers will earn between $9,000 and $34,000 a year.

Banks have to respond. Increased wealth means the move from a largely gray, cash-based economy where few people have bank accounts, to one in which transactions are done through the major networks. Quite simply it means more customers, but the competition to attract this new demographic is fierce.

“Continued strong growth in the size and diversity of China’s middle class will create new market opportunities for both domestic and international companies,” says McKinsey. While the report was talking about retailers, the lessons for merchants are not that dissimilar to those for banks.

“Strategies that succeeded in the past, given the wide distribution of standardized products for mass consumers, must be adjusted in a new environment with millions of Chinese trading up and becoming more picky in their tastes,” the consulting firm adds. Again, this is important for banks too.

“There will be not only challenges but also plenty of opportunities for companies whose strategies reflect China’s new constellation of rising incomes, shifting urban landscapes, and generational change,” concludes McKinsey.

In China this is made relatively straightforward by the massive level of urbanization that has concentrated the middle classes in cities. For banks, this makes it cost-effective to open branches and ATMs to serve the growing population.

But it’s not necessarily that easy to do this elsewhere in the region. A Euromonitor report on the emerging wealth in these types of countries says: “There is no such thing as an average middle class consumer in emerging markets. Each country has its own distinct beliefs, tastes and desires.”

However, there is a standard that says that all consumers globally will need more and more complex products as they themselves complicate their lives. For example, today’s freewheeling, digitally enabled 23 year old is tomorrow’s 25 year old first time father, recently married husband who is set to move house and job. These changing consumer profiles will present themselves commonly across all territories, and despite the fact that all consumers are said to be “better informed than ever thanks to the internet” - not all consumers are financial advisors in their spare time.

Fifty five percent of consumers globally will invest more and buy more products if their bank advises them – all banks have to do is invest in the right technology to deliver human advisers to customers whether in person across a widespread branch network, by phone, or by video collaboration.

Banks need to adapt to the rising wealth of emerging nations. The problem for them is that a one-size-fits-all banking model is not enough.