Rising ATM use shows case for cash in Asia 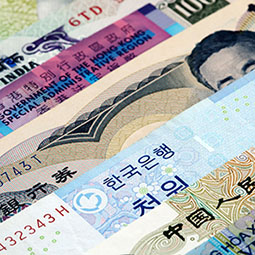 One of the most common and interesting debates in the financial services industry right now is whether it's really possible that, one day, we might live in a cashless society. Can the global economy and financial system function without cash, and would we want it to?

Looking at recent trends in countries like Sweden – where more and more people are leaving cash behind and relying on cards and mobile devices for payments – it’s reasonable to think that a cashless society is not only possible but could be just a few years away.

As research has shown, however, there are some parts of the world where cash remains a fundamental part of the financial system.

A number of factors are contributing to this trend, such as the fact that a high proportion of economic activity in this part of the world is cash-intensive. Local financial institutions (FI’s) and central banks in countries like India have also been pursuing initiatives to improve inclusion and extend services to the underbanked, which is pushing up demand for ATM withdrawals.

Specific findings from the RBR study showed that customer visits to cash machines are rising most rapidly in markets like India, Pakistan and Bangladesh, where the number of ATM’s per head is relatively low.

Indonesia – where a higher percentage of the population can access cash machines – has also seen considerable growth in withdrawals, while in the Philippines and Malaysia, ATM’s are used more than 4,500 times a month on average.

So, what about Europe? According to RBR, it's a mixed picture with cash withdrawals on the rise in some markets, but declining in others. Macroeconomic factors like inflation and economic uncertainty fueled big increases in ATM use in countries like Russia, Turkey and Spain last year, but in other locations, cash withdrawals have dropped.

Robert Chaundy, who led the research, said: "Consumer behaviour varies widely across Europe and Asia, but the demand for cash remains strong and can be driven upwards by economic uncertainty. The runaway growth seen in many Asian markets is set to continue for the foreseeable future."

The challenge for banks

Mr Chaundy noted that the "key challenge" for FI’s amidst all this change and fluctuating demand is ATM channel management. It's crucial to ensure that you are investing enough to give customers access to cash machines where they are most needed, but it's also important to be wary of overcommitting to markets where ATM withdrawals are on the decline.

When it comes to expanding your ATM network in remote areas, it pays to give close thought to what kinds of machines offer the most suitable and beneficial features for their locations. NCR's SelfServ 22e line, for example, has a compact design and the ability to handle high transaction volumes, which makes it ideal for rural locations. The State Bank of India recently signed a $50 million deal to buy 7,070 of these machines - the single largest order of ATM’s in the country's history.

Modern cash machines also offer benefits such as high energy efficiency, protection against the latest security threats and additional services like bill payment and mobile phone top-up. Features like these can help to provide the best possible experience for your customers while reducing costs and opening up new revenue streams for your business.