Reimagining the ATM for the 21st century

One of the things we’ve witnessed over the last decade or so has been the changing role of the ATM. It’s no longer just a cash dispenser; we can buy event tickets, pay bills, make check deposits and even buy shares.

But whatever ATM you’re using, it’s running essentially on the same operating system as every other one around the globe. Traditionally ATMs have run on thick-client, PC-based software and hardware technologies physically found in the ATM. Really it’s nothing more than a PC running a software stack, antivirus protection and so on with management performed by separate systems. 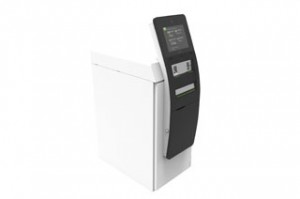 When compared to other consumer channels, such as online and mobile, this legacy PC architecture is more inefficient, expensive and complex.

As we come to expect more from our ATMs by increasing their functionality, this approach appears outdated.

It’s not just that ATMs can deliver more services than before. We’ve been able to provide more and more options for the consumer at the ATM without radically overhauling the basic infrastructure.
Now, though, pressures include mobile disruption and the changing nature of the way consumers interact with their bank.

Security is also a growing concern and the relationship between different banking and payment channels is closer than ever. PC-based systems can be kept secure against a range of frauds, but it requires increasing cost and complexity to maintain that security. Moving away to a secure server-based system removes these vulnerabilities and very significantly reduces the complexity and cost of maintaining ATM security.

For the ATM to stay as relevant as it has done, we cannot just assume that fiddling around the edges of the software will be enough.

ATMs need to be more flexible and adaptable in order to fit with channels like mobile and online. In addition to moving to cloud based ATM technology, we need to enable mobile-led cardless ATM transactions, reduce reliance on PINs through biometrics and improve ATM security by eliminating the potential for attack.

And in a world where banks are always seeking to cut costs, we must make the ATM channels less expensive to run by reducing complexity and improving cash management control.