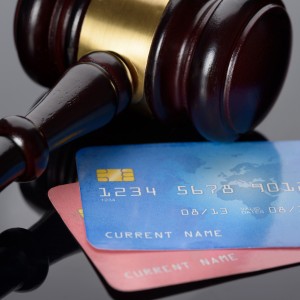 channel is not immune. Regulations can throw up unforeseen challenges

that impact not only business decisions, but also technology ones.

For example, Kansas has sought to impose a daily ATM cash limit of $25

for recipients of Temporary Assistance for Needy Families. ATMs only

dispense $20 bills, effectively capping the limit at the lower level.

Meanwhile, in Colorado retailers with ATMs on their premises are

cards at their ATMs if the establishment sells products, such as alcohol

and tobacco, that recipients are not allowed to buy with EBT benefits.

ADA - the Americans with Disabilities Act - is another big consideration in ATMs. Changes in 2010 to ADA

Guidelines require ATMs to be equipped with speech-enabled technology, headset jacks and other items so

visually impaired people can more easily use the machines.

Any discussion about regulating ATMs has to feature fees. Senator Tom Harkin fought unsuccessfully in 2010, as

part of the Dodd-Frank bank reforms, to cap ATM fees at 50 cents but the issue has not gone away.

belief that consumers may be charged too much for withdrawing cash. One of her rivals for the Democrat

nomination, Bernie Sanders, has long called for fees to be limited by law.

Any future regulation of fees could significantly impact decisions about deployment, and challenge current

Regulations impacting the ATM, including debates about fees, are not confined to the US.

In the UK, changes to business rates - taxes levied on commercial properties - could hit retailers with thousands of

into the front of a shop should incur a rates bill separate to that of the main business.

According to the Association of Convenience Stores, which represents thousands of small retailers, this will likely

result in both fewer ATMs located in shops and higher fees.

Elsewhere, the Reserve Bank of Australia brought in so-called “direct charge” reforms in 2009 designed to curb

ATM fees (although in practice fees have actually risen).

network, or three on other ATM networks. The Central Bank of Nigeria ended a two-year ban on ATM fees last

Whether the impact is positive or negative, such changes by regulators necessitate a rethink among deployers

operating in those markets.

that affect ATM operators. Meanwhile a number of bills under active consideration, if passed, could see operators

“in violation at some point without even knowing it”. The ATMIA runs a legislative monitoring service for the US.

As he points out, every additional state or nation in your ATM footprint means the potential for new rules and

regulations to be considered.