A sudden surge in ATM cash withdrawals highlights the type of cash management planning issues that banks and other ATM deployers face on an ongoing basis. This is most notable when major events can radically alter cash demand dynamics. 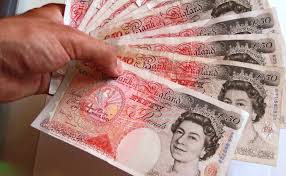 A recent example of a nationwide increase in the demand for cash was seen in the UK. An incredible 183 million LINK ATM withdrawals were made during October 2015 worth £11.2 billion, a new report says.

According to LINK, the figures were “undoubtedly swelled by rugby fans packing out stadiums and pubs for the Rugby World Cup.”

Consumers in Britain made an average of over 4,000 ATM cash withdrawals every minute in October - the highest ever for a single month and this comes shortly after the number of ATMs in the UK surpassed 70,000 for the first time ever.

Whilst this trend suggests that cash is still a huge player in developed economies like Britain, more importantly it begins to highlight the type of challenges facing ATM cash management teams. Whilst not consumer facing, those involved in cash management work hard at delivering on operational and cost optimization for financial institutions, whilst at the same time ensuring that consumers get convenient access to cash when and where they demand it.

A major sporting event is rather like Christmas - it’s planned and predictable to some extent. Such events are in the calendar some time in advance and teams can prepare as they know that cash demand will be extremely high. There is the knowledge that ATMs close to sporting grounds, in city centers or near to transport hubs will see high volumes of cash withdrawals at peak times.

Whilst technology undoubtedly gives financial institutions the tools to better predict cash demand at the ATM, there are still a number of complications for teams beyond just dealing with the demand for cash at the time of the Rugby World Cup in the UK. A good example is managing the ongoing risks around logistics of ensuring the optimum volumes of cash are in each ATM.

Arguably, it’s the more mundane factors affecting cash management that are the most problematic - the whole process of ordering, withdrawal, packing, transporting, loading, unloading of residuals, transporting cash back to the bank, depositing and so on creates a huge area for not only errors to occur but also steady cost leakage. It is therefore vital that financial institutions consider these factors in ensuring that ATMs can reliably and securely satisfy consumers’ demand for cash, using for example solutions such as NCR APTRA OptiCash or Optivault

Whether there is a big event on the horizon or not, with ATM usage on the rise, it is becoming clear that ATM cash management requires dynamic modelling and analytics in place to ensure that banks achieve the right balance of cash in branches and throughout a bank’s ATM network to meet customer demand, while avoiding holding excesses of cash that could be invested elsewhere.