Real-time payments: a life-saver for banks in the face of fragmentation?

The emergence of non-banks in the payment value chain in the last five to ten years is perhaps the biggest threat to the pre-eminence of traditional financial services firms. 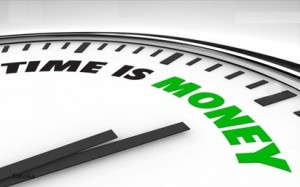 As the World Payments Report 2014 from Royal Bank of Scotland pointed out, non-banks are “pursuing digital innovations and capturing more and more of the payments value chain.”

The future could look bleak, as in several major countries, notes the report, banks may “no longer be the only party at the center of payments governance”.

But banks have a trump card and its name is real-time payments (sometimes referred to as Immediate Payments). These capabilities have already been successfully implemented in the UK, Sweden, Poland and other countries across Europe, Asia and Africa.

The US is embarking on its own path to a real-time payments system, led by the Federal Reserve, which warns that the country’s payment system is at a “critical juncture.”

“Technology is rapidly changing many elements that support the payment process,” the Fed notes in a report outlining its plans. “High-speed data networks are becoming ubiquitous, computing devices are becoming more sophisticated and mobile, and information is increasingly processed in real time. These capabilities are changing the nature of commerce and end-user expectations for payment services."

Against this backdrop, traditional payment services are still operating on decades-old infrastructure. For the industry, there is no better opportunity to act collectively to avoid further fragmentation of payment services.

“Despite high levels of innovation in the US payment system, a lack of coordination is creating fragmentation, inhibiting ubiquity and creating confusion,” says the Fed in its report, which also warns that the United States is at risk of falling behind.

Benefits to banks are many, although the immediate case is about laying the framework for a longer-term solution. “The decision to launch a faster payments system has been primarily strategic, not grounded in detailed, positive business cases,” the US central bank noted of experiences in other countries like the UK, where the Faster Payments network is well-established.

However, banks would expect to incur higher costs for the next ten years before the main advantages are realized, such as lower fraud or reduced end-to-end costs from cash management, check processing and so on. Innovation, such as building new products and services around the real-time payments system, would also be a benefit to follow the initial investment.

But the risk of not acting now is greater than the initial costs. The threat of greater fragmentation in payments makes the case for real-time a strong one. It could even help banks see off the challenge posed by non-banks in the payments landscape.

A real-time system will spur consumers to actively use...