Protecting your ATM -– what do you need to know? 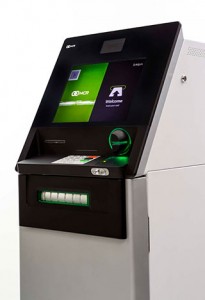 ATMs celebrate their 50th anniversary next year and it’s fair to say that the technology has revolutionized how consumers have accessed cash and interacted with banks over the last five decades.

Retail Banking Research (RBR) figures showed the worldwide installed ATM base climbed seven percent in 2014. The same report estimated the number of machines would jump from current numbers of three million to surpass four million by 2020.

ATMs provide convenient self-service options for consumers and can boost financial inclusion across markets and locations that have limited access to branches.

However, any channel that receives increased traffic will inevitably become a target for criminals, which means financial institutions (FIs) must stay one step ahead to prevent fraudulent activity.

How banks are battling ATM crime

With the multi-million numbers of transactions, ATMs are extremely safe and reliable. But by their nature and purpose, ATMs face various threats, including skimming, physical attacks, malware, card trapping and explosives.

An ATM Industry Association (ATMIA) study revealed skimming as the biggest concern for FIs, with nearly 30 percent ranking it as their main risk. However, physical attacks came a close second with more than 27 percent of the vote, while explosives were the top problem for just below 19 percent.

Each type of attack requires a different defense, which is why organizations require a comprehensive security solution that provides optimal protection against a multitude of threats.

Let’s explore some of the innovative technologies that can help mitigate criminal behavior at ATMs.

Intelligent video surveillance: Cameras can be installed with applications that alert FIs when suspicious activity is occurring around the ATM. This may include individuals lurking around the machine for extended periods of time.

Biometric scanners: Fingerprint scanners and other biometric devices are becoming increasingly common to provide an added layer of authentication for ATM transactions.

Advanced shutter security: Built-in sensors on card readers can detect when a fraudulent device is preventing the shutter from closing. Strengthened shutters also make it more difficult to force open and tamper with the mechanism.

Logical Security measures: ATM operators can deploy solutions to prevent malicious files from being loaded onto the ATM and to encrypt ATM hard drives. Other solutions are available to enable remote protection of ATM BIOS to add further restrictions to loading malware onto the ATM.

Physical protection: ATMs can utilize safes, alarms and locks to dissuade people from launching physical attacks on machines. Ink-staining solutions also ensure any cash obtained through a break-in is made unusable by coating it with a blue dye.

The world of ATM security has developed rapidly over the last ten years, as FIs look for ways to tackle increasingly sophisticated attacks on their machines.

However, with the right combination of solutions, organizations can deliver a safe, convenient and cost-effective self-service experience to customers.

The very latest figures from RBR show the number of...

Mobile ATM Security under the microscope

Mobile-ATM integration is gathering pace as consumers and...