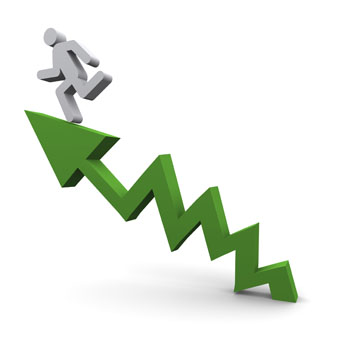 Low interest rates are taken for granted these days. From home buyers to small businesses, cheap credit has become the norm since the financial crisis.

In the US, the overnight lending rate, known as the federal funds rate, has been practically zero for six years. This has made cash management a far simpler equation for financial institutions-the cost of borrowing from other banks to meet short-term cash demands is negligible. That meant the emphasis has been on operating at a minimum; generally there has been no need to run a surplus as it’s been so cheap to raise funds quickly from another bank, or from the Fed itself via the, albeit slightly more expensive, discount rate.

But it cannot stay that way forever. The Fed is already on a course of reducing its monthly bond purchases and monetary tightening is around the corner. Bank officials are debating how long they will keep the federal funds rate near zero after completing the tapering of asset purchases this year. The policy-setting Federal Open Market Committee said again in June that it will maintain the rate near zero for a “considerable time” after the purchases end.

Falling unemployment is bolstering the case for a quicker rate rise. June's stellar non-farm payrolls data, which saw US employers add 288,000 jobs, has fueled expectations that rates will rise ahead of the current market analysis. St. Louis Fed president James Bullard favors a rate rise in the first quarter of 2015, though the voting FOMC members appear to be taking a more dovish stance.

Either way, rates will rise sooner or later and banks need to prepare their cash management systems for the adjustment. While the kind of Volcker-era 20 percent level is not in the cards, there is an important consideration about the relative cost of borrowing cash overnight to meet short-term liquidity needs.

Banks have had it easy these last few years, safe and secure in the knowledge that it cost virtually nothing to borrow from each other overnight. A higher interest rate environment requires more agility and more intelligent systems to maintain cash stocks, balancing the physical costs against the funds rate.