Payments 2016: The EMV peak and beyond

After years of planning, 2015 finally saw the introduction of chip cards in the US. Well, in theory at least.

October witnessed the key ‘liability shift’ - when liability for fraud shifts to the merchant if their point-of-sale terminal isn’t compliant with the EMV standard.

But the industry, merchants and consumers have not been quick to adapt. 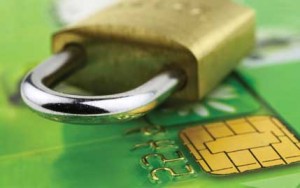 However, just a week before the go-live, only around a third of smaller merchants were familiar with the new chip cards, according to the National Federation of Independent Business (NIFB), which also noted that almost half had not even heard of the liability shift.

More worryingly, perhaps, even by the middle of December, there were still many larger merchants not able to accept chip cards.

Among the public, the picture didn't look any better. A poll published in August, just two months before the switch, showed that just one in ten Americans had received a chip-enabled card.

But the good news is that progress has cranked up a gear or two. By October, six in ten US cardholders had received an EMV card from their issuer. By December, over 50 per cent of all US cards were EMV.

As 2016 progresses, we can only expect further adoption as consumers are issued with chip cards and merchants move their terminals over to the new standard.

Javelin Strategy & Research estimated that penetration of EMV cards in the US would reach parity with the rest of the world by 2018. The pace of progress this year will be crucial to achieving that level and the signs are promising.

Carolyn Balfany, EMV expert at MasterCard, told CNBC: "Historically, it's taken some time even past the liability shift being implemented for the merchants' locations to be enabled and the cards to be issued. On both fronts, the US is doing a very nice job."

With the US finally on board and adoption rates improving all the time, 2016 is the year that EMV will achieve true global penetration.

But while EMV is now the de facto global standard for cards, payments have moved on considerably from when the blueprints were first drawn up 20 years ago. Already, the industry is looking at the next phase - the US may have arrived at the party just as everyone else is looking for their coats.

EMV’s always had a problem with card-not-present fraud. Twenty years ago this was a tiny element in payments, but the internet has changed this thanks to the rise of online shopping.

As such, we’re looking beyond EMV to solve the major fraud problems of the day. Biometric authentication, dynamic CVVs, point-to-point encryption, tokenization, contactless ATMs - these are all things that the industry is looking at to reduce fraud now that the criminals have largely moved beyond the card present space. However, as we have seen with our customers, the adoption and deployment of intelligent machine-learning, in conjunction with big-data analytics, is the best way to underpin a robust and reliable fraud solution.

Thanks to the liability shift in the US, 2015 was the year EMV could be said to have reached its peak. Now that acceptance is not in doubt, 2016 is the year we start to go beyond EMV.

Rod has been in the payments industry for over 25 years and has worked with leading FI’s across the world to deliver highly performant payment solutions that address the fast changing and emerging payment standards.

While it is possible that the Bitcoin may not succeed in the...