In the first in our series of pieces looking at the key payments industry trends for 2016, we examine the state of the mobile sector by focusing on Apple Pay. The iPhone maker’s mobile payment solution dominated the conversation in 2015 and enjoyed some pretty big successes, but what’s the outlook for the year ahead? 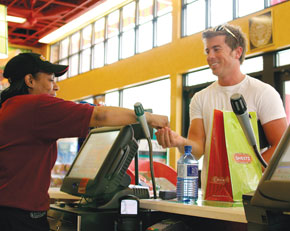 Apple boss Tim Cook hailed 2015 as the “year of Apple Pay”, and in some senses it lived up to the hype. The year witnessed the launch of the system in the UK and its growth in the US.

Critically, Apple Pay is being supported by an ever-expanding circle of financial institutions - more than 900 US banks and credit unions, as well as the bulk of the UK’s high street banks.

But ignoring the hype, just how much is Apple Pay used? Aite Group says that one per cent of retail transactions in the US are carried out using the platform. That seems a small percentage, but for such a young fish in a vast lake, it’s pretty impressive.  Accenture reports that Apple Pay accounts for 68 percent of in-store mobile phone payments in the US.

Apple customers like it, too. Phoenix Marketing International says four in five Apple Pay users no longer use plastic cards for contactless transactions, instead tapping their iPhone. Given that 70 per cent of iPhone owners do not have a phone that supports Apple Pay, according to Cook, the process of upgrading devices over the coming years will undoubtedly increase the number of users.

Sticking to the US, which for now is the key test for Apple Pay, mobile proximity payments are set to triple this year, according to eMarketer. By 2019, transactions will reach $210 billion - 24 times more than last year. It’s not all Apple Pay behind this rise, but it’s certainly going to enjoy the ride.

EMV adoption, which is forcing merchants to upgrade point-of-sale terminals, is crucial for the US market. eMarketer analyst Bryan Yeager believes this will be crucial to growth, saying: “More merchants will adopt point-of-sale systems that can accept mobile payments, and incentives like promotions and loyalty programs will be integrated to attract new users.”

Meanwhile, Apple Pay is set for a major global expansion in 2016, with the launch of the service in China and other Asian markets.

The key Chinese mobile payments market is massive and growing all the time. Apple has wisely linked up with UnionPay, which dominates the country’s payment card market. Eddy Cue, Apple’s senior vice president of Internet Software and Services, said: “China is an extremely important market for Apple.”

Launches in Hong Kong, Singapore and Spain are also planned in 2016, meaning it will have a much more global footprint for the first time.

Apple may also grab hold of the increasingly large person-to-person (P2P) payments market this year. Quartzreported on a patent filing that would enable iPhone users to transfer funds to others through text, phone call and email. It comes after the Wall Street Journal reported in November that Apple is talking to banks about creating a mobile P2P payments offering to rival Square or Venmo.

But it’s not going to be entirely easy for Apple. Rivals are gaining market share - Samsung Pay and Android Pay loom large, particularly in markets where the iOS devices are not as ubiquitous as, say, the US or UK. Asian markets will be big growth areas for these two Apple Pay competitors.

Apple Pay relies on the support of issuers and not all countries’ banks are keen to help. Australia is a case in point. The big banks are freezing out Apple, instead preferring to go with Google’s Android Pay. Apple Pay launched late last year but so far only American Express cards are supported and they account for only a relatively small portion of the market. While in the US, banks such as Wells Fargo and Bank of America are working to integrate Apple Pay into their ATM networks, according to reports.

In Australia’s case, the banks have already carved out a strong position in the mobile payments market, and are not keen to hand over control to Apple. ANZ Bank reported that 60 per cent of all card transactions in Australia are now contactless. So why bother with Apple Pay when the Cupertino firm wants a slice of interchange fees?

Tim Cook may have proclaimed 2015 as the year of Apple Pay, but it’s 2016 that we’ll find out if it’s got the ability to thrive.

Consumer demands are changing along with their preferences,...

What Apple Pay Means for NCR and its Customers

NCR sees the announcement of Apple Pay as very powerful and...