In the last of our series on payments in 2016, we turn our attention to the new era of open banking.

At the heart of the discussion is the introduction this year of the revised Payments Services Directive (PSD2), which is set to usher in a new wave of competition and innovation across the payments sector. 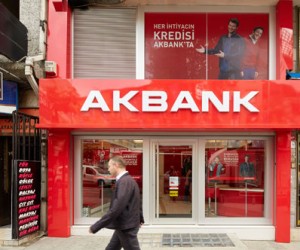 PSD2 has many facets, covering authentication, consumer protection and governance. But it’s in the field of third party payment providers that the most interesting changes are taking place. A new type of regulated entity called the third party payment service provider, or TPP for short, will be created and will have access to consumer bank accounts. Banks will have to facilitate access via an application programming interface (API) to their customer accounts

As the European Commission says, this will lead to “faster payments, better consumer protection, and a wider choice of services.”

And as Gartner noted way back in 2012, it’s the best thing that could happen for banks and customers. “Banks need to stop relying on reactive product delivery and start providing a delivery model transformation that uses public and private Web application programming interfaces (APIs) and apps."

This approach, added the analyst firm, “will enable banks to deliver needs-based services that are relevant to the context, location and technology customers are using, which will lead to proactive delivery that either anticipates a customer need or improves their financials.”

APIs are nothing new, but the codification into law of the open banking principle means banks can no longer ignore them.

But there is some doubt about whether banks are ready for the changes. A Finextra study carried out in March and April 2015, found just over a third (37 per cent) of respondents were confident they have an appropriate understanding of PSD2 and all its implications.

Undoubtedly this will have improved in the intervening months, but it’s fair to say that many banks are still grappling with what the full impact of the changes might be.

Open banking requires significant effort on the part of the banks. For example, they’ll need open access front ends to face the TPPs. And they will have to cope with back end issues as they integrate existing core banking systems to deliver the requested data.

There are clearly some worries among banks about the reforms. The European Banking Federation (EBF) believes PSD2 is “harmful” and “will be to the detriment of European consumers and the necessary protection of their bank accounts.”

But it’s also a cultural shift in banking - sharing data is not something they’re used to. As Consult Hyperion’s David Birch told Finextra last year: "It may be hard for traditional banks providers to come to terms with the idea of opening up in this way but it seems to me to be an inevitable restructuring in organisations that are going to survive in the new environment.”

Like it or not, banks have to face up to the new era that’s dawning. Open banking is here to stay.

While it is possible that the Bitcoin may not succeed in the...