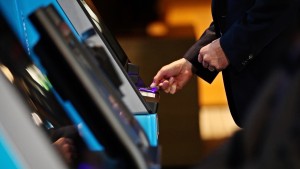 The most striking thing will be the rise in contactless payments in the US which has, until now, been somewhat behind the curve thanks in large part to the absence of EMV chip cards.

Currently, Apple Pay is the dominant method of contactless payments in the US market - an anomaly that is likely to change as chip cards are rolled out with contactless capabilities. Nevertheless, Apple’s position of power in this sector is noteworthy and unlike European markets, where contactless cards are the preferred channel, it’s smartphone-based proximity payments that are of importance.

Accenture analysis shows that Apple Pay accounts for 68 percent of in-store mobile phone payments in the US. Apple itself said during its first quarter fiscal year 2015 earnings call that $2 of every $3 in contactless payments are made with Apple Pay.

The latest proximity mobile payments forecast from eMarketer predicts that the total value of mobile payment transactions in the US will grow 210 percent in 2016.

Whether it’s through Apple Pay, rivals such as Samsung Pay or Android Pay, or contactless cards, the forecast is for massive growth in 2016 and beyond. US banks such as Wells Fargo, Chase and BoA are responding too by adding contactless NFC enabled ATMs to their fleets.

“Also, more merchants will adopt point-of-sale systems that can accept mobile payments, and incentives like promotions and loyalty programs will be integrated to attract new users.”

What will be most interesting to watch is whether issuers can claw back control from Apple Pay by enabling credit and debit cards with contactless tap-and-go functionality. Top-of-wallet status will go to cards with contactless functionality and consumers may find it’s easier to swipe their favourite payment card than use their iPhone, which some customers experience as a slower process.

Rest of World surges ahead

Meanwhile, as the US catches up to the contactless bandwagon, the rest of world will keep rolling on. Leading contactless nations such as the UK, Poland and Australia will continue to see more payments through this channel.

Driving up contactless payments will be further increases in spending limits. The higher limit in the UK has already led to a massive increase in transactions.

Contactless payments now account for one in ten card transactions in Britain, with spending in bars and pubs doubling since September, when the limit was upped from £20 to £30.

"In 2015 we've seen contactless become an even more popular way to pay for small transactions, so much so that we can even get frustrated if a retailer doesn't offer 'touch and go' as an option," said Paul Lockstone, managing director at Barclaycard.

"As the consumer appetite for new ways to pay continues to grow, particularly with the upcoming launch of high value payments and the continuing growth in wearable payment devices, we're expecting 2016 to be another record-breaking year for contactless."

Are EMV cards vulnerable at the ATM?

EMV cards are much more secure than traditional mag stripe...

It has been reported that after just one successful...