Blockchain is “no longer a choice,” as Visa said last year, with the technology emerging as the most important thing to hit the payments sector since the credit card.

Hitherto bound up with the cryptocurrencies like Bitcoin which it underpins, the technology is now being seen in its own right as a platform for revolutionizing the way we approach payments. 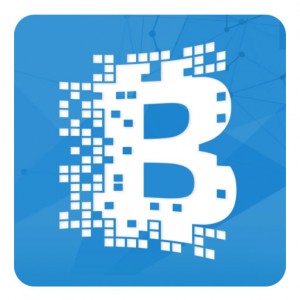 Progress was impressive in 2015, with some important milestones reached and a variety of use scenarios for the technology now being explored.

‘Only a matter of time’

“Blockchain [has turned] into something the industry has to live with,” notes Visa. Above all, it’s in payments that most people see the future for the technology, and banks are ready to act.

A report last year from BNY Mellon noted how blockchain technology could improve the speed, transparency and efficiency of payments and reduce transaction costs and risks.

“While it is possible that the Bitcoin may not succeed in the long-term as a cryptocurrency, it is the technology behind it – the blockchain – that is the real innovation, which a growing number of banks (including BNY Mellon) believe may be effectively leveraged to transform payments,” said the bank.

Santander InnoVentures noted that blockchain technology could cut up to $20 billion a year from banks’ costs for cross-border payments, securities trading and regulatory compliance.

"It is only a matter of time before distributed ledgers become a trusted alternative for managing large volumes of transactions," Santander said in its report, The Fintech 2.0 Paper: rebooting financial services.

While the Bank of England proclaimed in 2014 that blockchain technology “represents a fundamental change in how payment systems can be made to work,” it’s not game, set and match just yet. Central banks are researching how distributed ledgers could be used to create a central digital currency, but whether it would work is “very much open to question,” the Bank’s chief economist, Andrew Haldane, told listeners.

Even in the space of retail payment settlements, there is significant work to be done. Visa notes: “Proponents will have to further address the lack of trust, a challenge they have faced since their creation. Then, [they can address] the challenge of turning these technologies to tackle more real-world scenarios, such as sending money overseas.”

This is the challenge in 2016, but one that is being taken up with great enthusiasm by banks.

Regulatory challenges will be critical as for blockchain payments to work, they will have to meet national and international approved standards.

TABB research analyst Shagun Bali explains further: “Further due diligence for defining industry standards with regards to settlement, counterparty and other transactional risks involved are critical. As blockchain gains greater mainstream adoption, a strong regulatory framework will be necessary to maintain a balance between security and future mass-market blockchain scalability, a critical industry challenge that lies ahead.”

As such, R3’s work with the top global banks will be pivotal as one of its key goals is to create consistent standards and protocols.

“This partnership signals the first significant commitment by the banks to collaboratively evaluate and apply this emerging technology to the global financial system,” said David Rutter, chief executive of R3.

The fact that banks are getting together augers well for blockchain in payments. Usually, when banks collaborate good things happen - Faster Payments, the Account Switch Service and Paym are just three very recent examples in the UK.

Last year witnessed the engagement, but 2016 could be the year that blockchain and payments finally tie the knot.

How NCR processes and protects your transactions

Merchants and card networks around the world use the NCR...

Can Bitcoin survive the regulatory onslaught?