Monopoly goes cashless as board game catches up with card technology 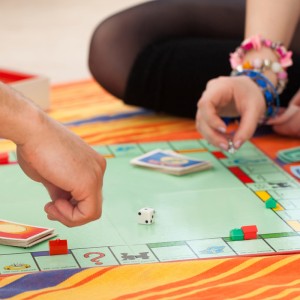 Cash has no place in the 21st century. At least that’s what the makers of Monopoly appear to be saying with the release of the latest version of the classic board game, which has been based around paper money since its inception nearly a century ago.

The new Ultimate Banking version contains no cash - just a card reader and debit cards. More in tune with how payments are made today for sure, but not everyone is happy.

TODAY money expert Jean Chatzky bemoans the removal of cash as Monopoly has been useful in teaching children about money management.

Money doesn’t grow on trees and cash machines don’t fill themselves. “Children need to understand how money gets into the machine to begin with,” she told TODAY.com. Does she mean that Monopoly should include a cash management breakdown for each player?

It’s actually not the first time Hasbro has tried this - but the last attempt to introduce payment cards in place of cash slowed the game down as it required players to manually type in amounts. The new version is different as the reader can scan the property cards and ‘Chance’ cards using a barcode. Contactless and EMV seems to have arrived in Monopoly land, which makes perfect sense. But it’s highlighting some of the wider arguments about the place of cash in society.

No cash means no deals behind closed doors - you cannot transfer funds to another player unless the reader allows it. For example, no flogging a property at a discount to save your skin; it will all have to be within the rules set by the technology and the rule makers. Also, cheating is going to be a lot harder - how do you discreetly steal from the bank while no one is looking when there is no cash?

In other words it’s much more in line with how governments would like people to behave in the real world. Monopoly presents a vision of the future; let’s just hope it’s not completely accurate. Some of the outcry over the Monopoly game mirrors some of the concerns being raised about attacks on cash, such as recent calls to ban high denomination notes.

The Chance cards also contain new macro events such as market crashes and rent fluctuations that can "change anyone’s luck in an instant.” We’re not sure if bank bailouts and Fed rate hikes are in there, or maybe Japanese or ECB-style negative interest rates that eat into your capital at each turn, but it certainly seems like the new Monopoly better reflects the modern payments ecosystem.

How Much Does Cash Cost Banks And Can It Be Reduced

Consumer demands are changing along with their preferences,...