Mobile payments are the financial technology industry’s hottest topic, but their impact on consumer choices may not be as bold as you would expect.

While cash use has been predicted to fall as new payment channels like mobile and online open up, it’s a far more complicated picture. 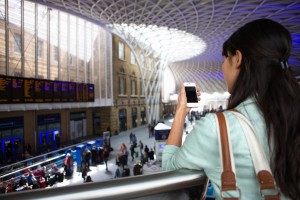 Mobile payments can be split broadly into two categories: browser or app-based payments using a mobile device that are essentially the same as an online payment; and physical NFC-based touch-and-go transactions using a mobile wallet service like Apple Pay.

The latter of these, Apple Pay, clearly could impact cash use. The ability to tap an iPhone against a point of sale terminal will rival potentially notes and coins for convenience, particularly for low-value transactions where we don’t require a two-stage authentication process.

However, latest industry research seems to suggest that rather than detracting from cash, this kind of mobile payment method is more likely to diminish demand for other non-cash channels like plastic credit, debit or prepaid cards.

The ATM Industry Association (ATMIA) found recently that while mobile payments are catching on, they are doing so only “very slowly and with a small number of consumers and retailers.” Its report concludes that any shift from cash to mobile between 2015 and 2020 will be “negligible.”

The results chime with the body’s recent research on currency in circulation, which indicated that cash demand was outstripping economic growth significantly. The importance of cash to consumers is also highlighted by the fact that the equivalent of $13.5 Trillion USD is withdrawn from ATMs around the globe each year – that’s almost 18% of the world’s entire GDP (Source: Retail Banking Research 2014). Analysis of 30 countries during the period 2009-2013 by ATMIA showed an average year-on-year increase of cash in circulation of 8.9 percent also, compared to average economic growth rates of less than three percent.

ATMIA chief executive officer Mike Lee adds: “In truth, cash use is more robust and mobile payments less stellar in growth than current conventional wisdom might suggest.” What we will likely see in the future is further convergence of emerging digital and traditional physical channels, such as a mobile phone and the ATM. Already there are solutions from NCR that allow for mobile cash withdrawal at the ATM, where the consumer pre-stages their cash withdrawal transaction on their smartphone. A QR code is generated, uniquely linked to the cash withdrawal. The consumer then uses their mobile phone camera within their banking app, to pair with the QR code at the ATM to authenticate. Transaction times are in some instances up to 40% less than a standard card reader and pin entry transaction at the ATM. A clear example of how cash, the ATM and mobile are beginning to converge

Cash demand isn’t just holding firm in the face of new technology like mobile payments and Apple Pay, it’s increasing, as industry data on ATMs proves. There are currently around three million ATMs in use today, but this will rise to four million by 2019 because of the growth in cash demand. For all the talk about mobile payments, the future of cash and the ATM remains very bright.

Check your mobile: Remote Deposit Capture on the rise

As a consumer I find mRDC technology incredibly convenient...