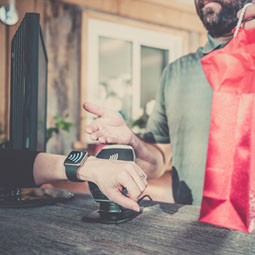 Demand among European consumers for more convenient ways to pay continues to rise, as a new study has revealed the number of transactions completed via mobile has exploded in the past year.

Visa's 2016 Digital Payments Study indicates that mobile has now surpassed the tipping point in the region, as a majority of people now consider themselves regular users of these solutions. As such, these capabilities need to be a top priority for any financial institution.

Transaction numbers triple
One of the key figures from Visa's report - which surveyed more than 36,000 online consumers in 19 European countries - was that the number of people who regularly make payments via a mobile device (including smartphones, tablets and wearables) tripled in the past 12 months, from just 18 percent in 2015 to 54 percent in this year's survey.

In some countries, the adoption rate was even higher. The nation with the highest proportion of mobile payments users was Turkey, where 91 percent of respondents said they used this technology. This was followed by Denmark (89 percent), Norway and Israel (both 87 percent).

Visa observed the most enthusiastic nations for mobile adoption fell into two categories - developing markets such as Turkey and Romania, where mobile has leapfrogged more traditional payment methods, and developed economies such as the Nordics.

What's more, only 12 percent of people said they had never made a mobile payment and had no plans to do so - down from 38 percent last year. This indicates there's still a great deal of potential for the technology in the coming years.

A wide range of purchases
Another takeaway was that the use of mobile technology is not restricted to younger consumers, nor is it solely used for convenient, low-value purchases.

In the UK, for example, almost three-quarters of consumers (74 percent) are mobile payments users. While more than half of these use the services to transfer money to friends and family (59 percent) and 45 percent use it to buy takeaway meals, 43 percent also purchase high-value items such as electronics or holidays.

Regular transactions such as household bills (42 percent) and bus or train tickets (41 percent) are also increasingly being paid for via mobile.

Commenting on the results of the survey, UK and Ireland managing director at Visa Kevin Jenkins said the data is an affirmation that digital payments solutions have truly arrived in the mainstream.

He stated: "Visa sees smartphones and wearables as the beginning of a broader trend, with millions of new connected devices making it simple, safe and secure to integrate daily commerce transactions into almost any technology."

Correlation with other technologies
Visa also noticed the widespread acceptance of mobile payments has correlated with other new technologies such as mobile banking and contactless payments. For instance, it found that contactless technology is now the norm in the UK, with nearly six out of ten people (58 percent) using it, up from 20 percent last year.

Across Europe, people who have used contactless payments have also been more open to other emerging forms of payments, such as mobile, than those who have not. Mr Jenkins noted: "The near-ubiquity of contactless card usage is gradually helping everyone engage with newer ways to pay, including mobile banking."

The message here for financial institutions is clear - people now want and expect quick, convenient ways to conduct transactions and handle their finances, and once they experience how simple the solutions are, they will rapidly embrace them for almost all their activities.