Mobile banking on the up but branches still favored

Banks are adapting to changes in the industry by offering more mobile banking services to meet consumers’ needs, a new study from the Federal Reserve Bank indicates. But while mobile becomes increasingly important, the most common way for consumers to interact with their bank is still in branch.

Mobile banking in use

With 87 per cent of Americans owning a mobile phone, the majority of which are internet-enabled smartphones, the ubiquity of these devices is changing the way people access financial services, says the bank.

Checking account balances or recent transactions were the most common uses of this service - 94 percent of mobile banking customers did this.

Transferring money between an individual’s own accounts was the next most common use, followed by consumers receiving messages from their bank.

More than half (51 percent) of mobile banking users have deposited a check using their mobile phone in the 12 months prior to the survey; a big jump from the 38 percent noted in the last survey. 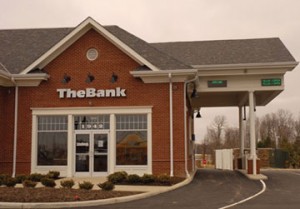 Yet, in spite of the impressive growth in mobile banking, the personal touch offered by branches remains critical. If anything the Fed report provides the clearest snapshot of the US banking industry by showing that mobile is an emerging part of the picture, but it’s just one element among many.

“The most common way of interacting with a financial institution remains in-person at a branch, with 87 percent of consumers who have a bank account reporting that they had visited a branch and spoken with a teller in the 12 months prior to the survey,” the Fed wrote in the report, Consumers and Mobile Financial Services 2015.

At 75 percent of consumers, the next favorite method of access was using an ATM. Given the advances in ATM technology it’s hardly surprising that people see this as a way to access a broad range of financial services, not just a means to withdraw cash.

Online banking stood at 74 percent, against 35 percent for mobile. Telephone is now on a par with mobile at 33 percent.

Looking back at previous reports provides interesting and instructive reading for any bank. Rather than falling in the face of mobile/online, branches, ATMs and telephone figures remain steady.

Mobile leaped from 20 percent of consumers in 2011 to 35 percent in the latest survey. Online jumped from 65 percent to 74 percent. ATMs have held firm at 75 percent in that time. Branches have actually seen a slight increase in the number of people using them.

The lesson is simple - mobile banking is on the up, but it’s not replacing traditional banking media; it’s complementing the channels that already exist.