Messenger payments - the next step in P2P convenience? 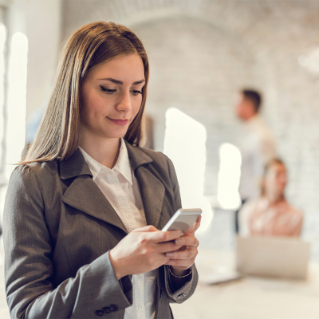 As well as fundamental requirements like security, one of the key qualities modern consumers expect from payments is convenience. People want to be able to complete transactions as quickly and easily as possible, especially when they are sending money to another individual.

Mobile payments already give consumers the freedom to make transactions on the go, but what's the next step in customer convenience? One possibility is the option to complete payments through social networks and messaging apps.

Mastercard and Santander back PayKey
Mastercard and Santander are among the major backers of PayKey, an Israeli payment startup that recently raised $6 million of funding. The service allows users to complete instant payments via networks and apps like Facebook Messenger, WhatsApp and Twitter. It is facilitated by a downloadable keyboard, through which customers can connect to their banks and make P2P payments via their chosen messaging app.

The system is platform agnostic, meaning it can be used and branded by any bank, regardless of their technology platform. Integration takes place at the application programming interface level, making it easier for banks to implement with no changes required to existing security practices.

PayKey is working with a number of leading banks to test and deploy its service, including Nationwide in the UK, ING in the Netherlands, Davivienda in Colombia and Santander in several countries.

Daniel Peled, chief executive of the Tel Aviv-based fintech, said: "As consumers become increasingly comfortable conducting financial transactions on mobile through social apps, it's essential for banks to offer services that cater to these changing behavior patterns in an easy-to-use, secure way. This new funding will allow us to further develop our offering and expand our market reach globally."

Will 2017 be the year of mobile and app payments?
Mobile payments have been available to consumers for some time now, but, in some markets at least, adoption has been relatively slow. In Germany, for example, only four percent of mobile users regularly use in-store mobile payments, according to research by Deloitte. More than four out of ten consumers (45 percent) said they couldn't see any real value in making the jump to mobile payments, while 38 percent had concerns about security.

But with an ever-expanding range of services and solutions on the market, could 2017 be a watershed year for mobile and app-based transactions? Spending analytics firm TXN recently published figures showing that use of Apple Pay in the US increased steadily in 2016. The accommodation and food delivery apps HotelTonight, Caviar, Postmates and DoorDash attracted the highest proportion of Apple Pay credit card transactions.

BMO Harris Bank recently launched its own app-based P2P payments service, while US discount retailer Target is also set to introduce a mobile payments system. In the UK, meanwhile, supermarket chain Tesco is rolling out its PayQwiq mobile payments app to all stores nationwide, following positive customer feedback to an initial trial.

Smartphones and apps are on course to play a much more prominent role in how people make purchases and transfer funds. Financial institutions, payment acquirers and merchants that are in sync with this trend will be in a strong position to keep their customers happy by enabling maximum convenience.