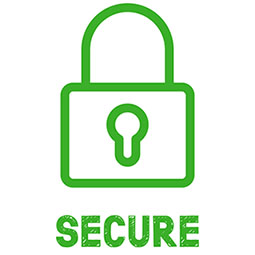 As technology has evolved, so have consumers' concerns over security and privacy. Information and data are now central to the global economy and, as a result, are valuable commodities that can be exploited by criminal elements at both an enterprise and an individual consumer level.

Given the significant increase in large-scale data breaches over the past couple of years, no business can afford to be complacent when it comes to this - particularly those such as banks, which handle people's most sensitive and important information.

Addressing the expectations of consumers
Customers want to know that their data and money is secure in their bank's hands. Security breaches that compromise customer data, whether it is money being taken from a bank account, losing money at the ATM or personal details being stolen, will greatly damage consumer trust in a financial institution (FI).

The trust a consumer has with an FI is a fragile thing, and one that can be broken even if a security breach has not directly affected an individual. As trust is the key to customer retention, losing this is to be avoided at all costs.

The need to improve security at the ATM
The ATM can be vulnerable to attacks that can target both the enterprise and the consumer. At the individual level, card skimming costs the industry $2.4 billion per year, while cash trapping can result in the consumer losing up to $500 per transaction.

Meanwhile, the wider enterprise also has to deal with logical attacks, that can cost between $150,000 and $1m per attack, as well as physical attacks, which cost an average of $1,000 per ATM.

Aside from the significant financial losses, ATMs are the face of the bank when customers use them, and cash being stolen from a customer when they are trying to withdraw their money is the ultimate in poor consumer experience.

A new generation of secure ATMs
Therefore, security must be a primary consideration when banks are looking to upgrade their ATM fleet. To guard against physical attacks from foreign objects such as false fronts, skimming devices and cameras, solutions such as full flush glass interfaces are highly beneficial, as this makes it much easier to detect if any devices have been added to the ATM.

Using picture-in-picture technology also increases the customer's awareness of what is going on around them, while machines that offer contactless technology - either via a card or a smartphone - are now hugely useful, as they can eliminate the threat of card skimming entirely.