Is mobile now the driving force behind banking? 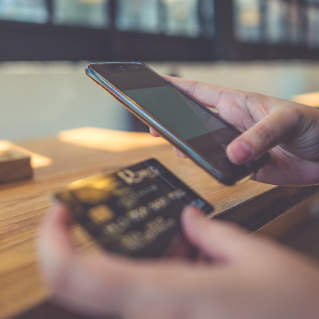 Mobile is at the heart of what has been called a 'consumer-led revolution' in personal finances. In the UK alone, the past five years have brought a 354 percent increase in customer activity on mobile banking apps, according to industry association BBA.

With no signs of smartphone adoption slowing down, is it inevitable that mobile will become the driving force in the retail banking sector, or will there always be a place for traditional, physical banking?

The growing power of mobile
It's quite possible that the industry is only just starting to see how much potential the mobile channel has to transform financial services. In the EU, a major milestone in the development of mobile banking and money management could be just around the corner: the introduction of PSD2 and the resulting growth in open APIs.

The key objective of this regulatory change is to open up competition in the industry and give consumers more choice and control in their financial affairs. Mobile could play a crucial role in placing more power in the hands of the typical consumer.

Discussing some of the potential repercussions of PSD2 and ongoing growth and innovation in the fintech market, HM Treasury pointed out that, from January 2018, firms will be able to access data from all of an individual's bank accounts, as long as they have that person's permission. That could give rise to new products such as all-in-one apps that allow the user to manage several accounts simultaneously, or services that help consumers budget more effectively or avoid overdrafts by enabling automatic payments between accounts.

Stephen Barclay, economic secretary to the Treasury, said: "New apps will empower people to take greater control over their finances. Whether that's through managing all of their bank accounts in one place or helping to avoid unauthorized overdrafts when they have money elsewhere."

In another sign of the rising significance of mobile, BBVA recently announced that its number of mobile customers in Spain had passed the three million mark. Smartphone product sales are now ahead of online applications via the bank's website.

It's clear that the mobile channel is more important than ever, and we can expect it to become even more prominent in the years to come. But will we ever reach a point where cutting-edge technologies and solutions render traditional cornerstones of the industry - such as cash - obsolete?

Mobile 'hasn't crushed cash yet'
It's an increasingly popular opinion that mobile and other channels driven by innovation and tech growth will one day replace cash. However, research has suggested that scenario - if it does ever become a reality - is a long way off. Perhaps surprisingly, it appears that developed markets like Germany, the UK and the US are the ones that value physical currency the most.

A survey commissioned by Blumberg Capital found that three-quarters (75 percent) of German adults make cash purchases at least once a week. Nearly two-thirds (64 percent) of Brits and 58 percent of Americans do the same.

This echoes recent research in Canada by J.D. Power, which concluded that "success in retail banking today requires a multi-channel approach".

Bob Neuhas, financial services consultant at the market research firm, noted that most retail bank customers today are "channel omnivores", meaning they use a range of touchpoints to engage with their banks.

Consequently, financial institutions must find the right balance between innovating in areas like mobile banking and continuing to deliver high standards and a strong customer experience in traditional channels.