Banks have been altering their physical operations and shifting in favor of digital channels as they respond to the changing requirements of their customers. The natural progression of this trend has been the emergence of digital-only financial institutions, which have started to spring up around the world. But is there really a future in online-only banks? 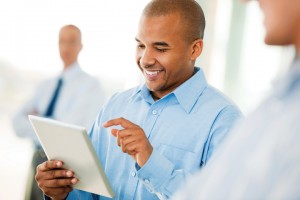 Online-only banking is growing. Tencent has recently launched China’s first online-only bank, promising that it will “lower costs for and deliver practical benefits to small clients, while forcing traditional financial institutions to accelerate reforms.” It’s certainly fair to say the emergence of the digital bank is driving traditional players to invest more in their own online and mobile channels. Lower costs would be assumed given the lack of a branch network, but that comes at the high price of not having the physical sales channel that makes branches so important.

Atom Bank is another about to launch in the UK. It is promising all you would “expect to get from a traditional bank” but with “exceptional front-end service plugged into a state-of-the-art back end platform.” Atom hopes to capture the roughly one million or so British consumers looking to change banks after the introduction of a much simpler switching system.

Yet, being restricted to online-only does not appear sustainable. A survey by Accenture shows only 22 percent of 18 to 24-year-olds would consider using a digital-only bank. The value of physical branches remains strong, it would seem, even among the youngest set of bank customers.

Cap Gemini’s 2015 global survey shows that Banks are not realizing the wholesale migration to digital that they want to keep operating costs low – they are failing to go beyond transaction & information, simply because both Gen X and Gen Y customers have exactly the same preference for purchasing not only high value complex financial products, but also low value products, on a face-to-face basis. Banks globally target some 50% of the latter to be executed via self-service, but have failed to realize that while goal. This agenda is driven by bank’s cost containment strategy, their consumers still value solid financial advice that can be derived by consumers from even a 20 minute interview with their banker.

Gen Y consumers are indeed driving the need for convenience in banking that new delivery channels can give, but given the obvious realization that every “simple, agile” Gen Y consumer quickly becomes a “complex” Gen X customer as soon as they reach 25, is it any wonder that they are demanding that banks find a way to deliver face to face service, through these new digital channels. We see video banking both for transaction and sales prevalent now in all the major markets including China, as banks realize that they now need to concentrate on investing to give staff greater reach to speak with customers, thus increasing revenue rather than just keeping costs under control.

The answer partly lies in banks taking a “digital-first rather than digital-only approach until customers are ready to let go of the branch,” says Datamonitor Financial, citing the example of a large European bank, BNP Paribas, which launched a standalone digital-only subsidiary called Hello Bank in 2013.

“BNP has demonstrated an understanding of the customer need and of the contradiction that exists in digital banking. Even digital-only banks need to offer the reassurance of a bricks-and-mortar presence as consumers grow accustomed to remote channels,” it says. However, this is again based on an assumption that bank customers are as happy self-serving complex product buys – increasingly, research says they are not. Therefore digital banking must be seen as an option, not compulsory, until retail banking adopts technology which infuses staff delivery with digital channel convenience, such as personal discussions between customer and banker using video on their tablet.

Reassurance is important, but research also suggests that people who bank online and in branch also tend to be more loyal and happier with their provider than those who stick to just one channel.

Whether customers will ever be really in the mood to “let go” of the branch is another matter. For now, “digital-only” would appear second best to “digital-first” as long as branch transformation efforts continue to reflect the new landscape.

Consumer Mobile Apps: Why Consumers Shouldn’t Be the Ones to Train Your Staff

If you are considering implementing mobile apps in your...