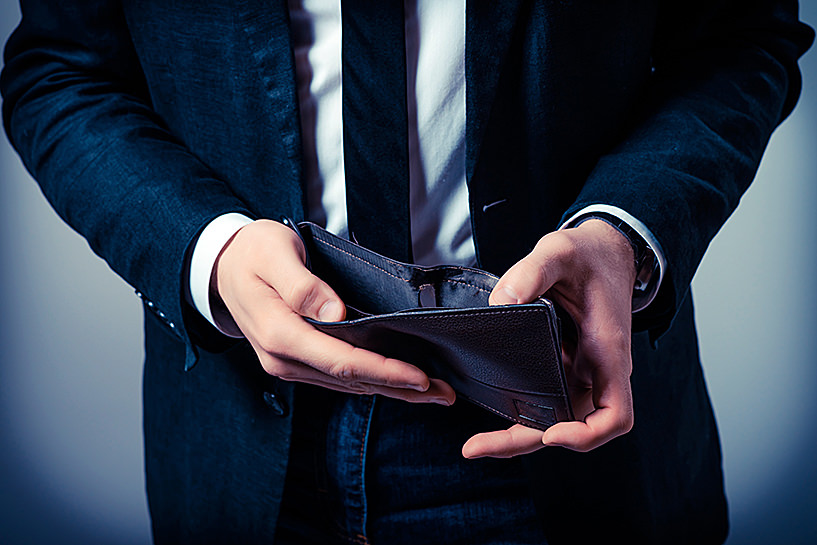 Working for a financial software company, I’m often struck by how fast things are changing. Financial innovations come in many shapes and sizes from many different places, but for the most part they all follow a general trend: they turn physical processes into digital ones. The so-called “payments revolution” has often made me wonder what will happen when innovation manages to displace the most physical aspect of finance, cash.

In the financial technology world, cash is so uncool that hardly anyone talks about it anymore. The alternative to a mobile payment is a debit card, and the alternative to a debit card is a prepaid card. ATMs get a shout out every once in a while, but that 3-letter acronym comes up less often than either P2P or RDC.

Perhaps that’s because most of us believe, at least partially, that cash is on its way out. Michael Woodford, one of the world’s preeminent monetary economists and author of a paper called “Monetary Policy in a World Without Money,” put it this way:

“It is possible to imagine that in the coming century the development of electronic payments systems could not only substitute for the use of currency in transactions, but also eliminate any advantage of clearing payments through accounts held at the central bank.” (Interest and Prices, 2003).

That’s economist for “At some point, there will be no cash.” The idea makes sense; I use my debit card for almost everything, and when I need to repay a friend or split the bill, I prefer to send P2P payments from my mobile banking app. I really only keep cash in my wallet for two reasons: the local bar and the bagel place on the corner. Even most food trucks in my area use Square. That said, we’re still a ways out from totally getting rid of the nasty green paper.

When I imagine a cashless future, I foresee three things:

When they were first introduced in the 1970s, ATMs were a huge leap forward. Consumers could save time they previously spent visiting the branch to withdraw cash. They could choose to withdraw more frequently and feel safer carrying less cash in their pockets. The spread of credit, then debit, and now prepaid cards has had the same effect. Like most participants in the financial technology space, I’m absolutely gaga about mobile payments, and can’t wait until I can leave the house with only my mobile phone. It’s also easy to imagine how advancements in cyber-security will gradually reduce the risk of identity theft. No hassle, no wallet, no risk – what a world that will be.

2) Banks will consolidate – or evolve.

Right now, many of the features that banks compete on, including ATM networks, branch networks, free checks, and early “cashless” technologies like P2P payments, will, in a totally cashless economy, become moot points. As money moves to the cloud, locality will matter less and less, and community financial institutions sheltered by brick-and-mortar monopolies will face competition from every corner of the country. Hundreds of banks have closed or merged with national banks since the financial crisis, and the onward marching wave of technological change will only continue to whittle down the list of U.S. financial institutions. The ones that fail to adopt the latest mobile and online technologies will go first.

As I see it, the banks of the future will live or die on the success of two things: their lending strategy and the quality of their customer experience. Evaluating the risk and return of loans and investments will continue to be difficult long after cash is gone. As it is today, some banks will be better at it than others. If they can collect more from loans, they will be able to offer more on deposit accounts and attract customers away from competitive institutions.

By customer experience, I don’t mean the ease of withdrawing or depositing money. In a cashless economy, neither of those transactions will take place. Instead, I predict that institutions will partner or expand to offer a wider range of financial services, such as brokerage, insurance, and financial planning under one roof or rather, on one website.

3) The popular notion of money will change

I am most curious to see what will happen to the idea of money in a cashless future. When I say money, the first image that probably comes to mind is a green dollar bill, and most people conceive of money as a limited, concrete asset like gold that we chase around and fight over and trade for things like food and shoes. Money is actually a bit more complicated, and its supply has as much to do with credit as it does with the US Treasury printing press. (When you hear, “The Fed is printing money,” what it’s actually doing is manipulating the banking system into lending and borrowing a little more.)  In a cashless economy, how will we talk about money? Will our movies still feature the symbolic suitcase full of 100 dollar bills? Will central bankers and policy wonks still talk about ” the money supply“? Will we spend more with nothing tangible to hold onto or will we spend less when every transaction is digitially traceable (I’m thinking about PFM here)? I’m not sure.

A cashless future may be a long way off, but I genuinely believe that I could be living in it before I die. I’m only 22, so that’s about 60 years. 60 years ago, Walt founded Disney, Walton founded Wal-Mart, and most of the banks on Wall Street were already decades old. Perhaps its time to start preparing.

Melanie Freidrichs: Melanie likes writing and data. She “coordinates,” among other things, Andera’s blog, Andera’s webinars and Andera’s twitter feed.  In addition to financial technology and marketing, her favorite topics to blog about include financial regulation, monetary policy, and increasing access to financial services.

She is a member of the first class of Venture for America, a two-year fellowship that seeks to revitalize American urban centers through entrepreneurship by matching recent college graduates with start-ups in low-income cities.

Melanie grew up in Bethesda Maryland, and received an A.B. in Economics from Brown University in 2012.  She thinks Providence is a pretty cool town.

Open banking is appearing in many countries, with the...