How to help to combat ecommerce fraud 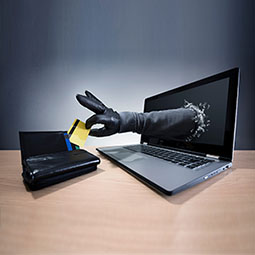 Ecommerce is an industry that has already enjoyed considerable growth and looks set to continue expanding. According to statistics aggregator Statista, worldwide retail ecommerce sales are set to pass the $1.9 trillion mark this year, up from $1.5 trillion last year, and could exceed $2.3 trillion by the end of 2017.

This growth offers huge opportunities for businesses, but has also caught the eye of fraudsters. As more and more transactions take place and an increasing amount of sensitive financial data is shared online, it becomes all the more important for banks, payment providers, merchants and consumers to protect against fraud.

Just how big a threat is ecommerce fraud?
It seems beyond any doubt that fraud in ecommerce is on the rise and not just in potentially vulnerable growth markets like India, but developed economies like the US and the UK as well.

In April this year, PYMNTS.com and retail fraud protection service Forter released a report showing that online fraud attacks in the US had risen by 11 percent since October 2015 and by 215 percent from a year earlier. The study suggested that fraudsters had "moved their business online," following the widespread introduction of EMV chip card technology in the US last October. Digital goods retailers have been the worst affected, suffering a more than 300 percent increase in fraud attacks.

Analytics software firm FICO this month released data showing that, in 2015, the UK experienced the biggest annual increase in card fraud losses of any European country. Online transactions accounted for most of the 18 percent rise, partly because of the growth of ecommerce and lower risk for criminals.

The figures showed that £66.7 million of the additional £88.5 million lost to card fraud in the UK last year was the result of card-not-present (CNP) fraud. Nearly two-thirds (£42.4 million) of CNP fraud was committed through ecommerce.

"We cardholders are very demanding and, if we don't get what we want, then we let people know in the form of reviews and feedback, not to mention switching cards," he said. "Banks want to avoid intervening unnecessarily when customers are shopping on the internet. Ecommerce spending in the UK has nearly quadrupled since 2007, so you see why this is such a target for criminals."

So what can banks do?
Just as criminals are quick to exploit the latest trends and innovations for their own ends, you must be equipped with cutting-edge enterprise fraud prevention tools to protect not only your customers, but your own reputation.

One potential defense against the growing threat of ecommerce fraud is NCR's Fractals, which provides transaction protection across various channels, including online, mobile and tablet-based payments, ATMs and point-of-sale devices. This PA-DSS-compliant solution helps issuers, acquirers, payment service providers and merchants identify and eliminate fraud as quickly as possible.

Fractals is driven by innovations including intelligent machine-learning analytics. In their Global Fraud Attack Index, PYMNTS.com and Forter identified machine learning as one of the key innovations that could help merchants keep up with the evolving methods used by fraudsters.

The system can also help to protect card-acquiring banks and retailers against threats such as stolen and counterfeit card fraud, something for which merchants and their acquirers have had to accept greater accountability following the adoption of EMV.

Given the sheer number and variety of risks facing ecommerce businesses today, solutions that have the versatility and intelligence to adapt to the latest dangers could be an invaluable weapon in the fight against fraud.