How much does ATM crime cost? 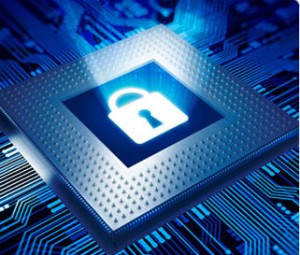 ATM fraud is a significant cost to the industry but in many cases market players just don’t know the extent of financial losses. Moreover, it can lead to greater losses in terms of  reputation and customer loyalty, which makes quantifying the cost of ATM fraud very difficult indeed.

The latest survey data by the ATM Industry Association (ATMIA), however, does reveal some of the extent of losses for each attack vector.

Overall, just over half of the respondents think ATM fraud costs are on the rise. However, the most striking fact is that for more than a third of ATM attacks the financial losses are unknown, making the task all that much harder and the potential losses all the greater.

The figures indicate many small attacks and fewer larger incidents. One in five attacks lead to losses of under $1,000, while just two percent cost in excess of $250,000.

NCR analysis of the data combined with our internal reports shows that every ATM deployed faces the risk of the potential loss of $1,000 per ATM

However, given that the industry has no idea about the cost of one in every three attacks, it’s difficult for ATM operators, banks and other stakeholders to really gain an accurate picture of the cost-revenue picture of deploying various counter-measures. This matters because not every ATM has what owners would describe as ‘best-in-class’ fraud prevention measures.

Most respondents - over 70 percent - reported that up to three-quarters of their ATM estate could be considered as being equipped with best-in-class fraud countermeasures. “This might indicate that a tactical approach is taken to prioritizing deployment of anti-fraud solutions rather than a blanket deployment,” noted the ATMIA in the report.

Deployers are prioritizing one ATM over another. While it’s possible to take this approach based on accurate data about certain types of attacks at specific ATM locations, such decisions are clearly being based on an incomplete picture of the fraud landscape if the true cost of the fraud remains unknown. Getting a better handle on losses would be a good start for banks, ATM deployers, card issuers and others affected.

The latest developments indicate that as banks and other...