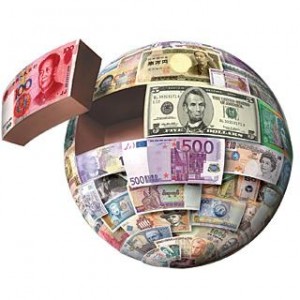 Much is made in the media these days about the downturn in the use of cash compared to the emergence of digital payment methods.  While cash payments are falling in some countries, many have actually seen a significant increase in the amount of notes and coins in circulation in the past year.

Recent research by the Bank of International Settlements (Dec. 2014) looked at trends in payments, clearing and settlements systems in countries around the globe.  The results of this survey highlight some interesting trends as financial institutions continue to look for ways to deliver banking services that lower cost, generate revenue and enhance the consumer experience.

The first piece of research that is of interest is the total value (USD Billions) of banknotes and coins in circulation.  In 57% of the surveyed countries, cash in circulation actually increased year-on-year, including South Korea, Saudi Arabia, Singapore, Switzerland, the United Kingdom and the US.  The ATM in turn becomes a vital banking channel in these countries for consumers to get their cash.

In these countries, cash is still very important for consumers as a payment mechanism.  Of these countries, South Korea (up 20%), Mexico (up 10%) and Switzerland (up 10%) registered the biggest percentage increases.  Also of significance is that in the United Kingdom and the United States, there are $73M and $117M respectively more banknotes and coins are in circulation than a year before.

It is worth acknowledging that countries like Australia, Canada and Sweden saw drops in terms of cash in circulation but there is already significant evidence about how these countries are moving to more digital based economies so this was to some extent an expected trend as mobile, internet and other digital payments increase.

There is one other measure that gives substance to the fact that cash is still important for consumers - the value of cash as a percentage of GDP, as this shows its importance to the wider economy.  Japan (19%) ranks highest for cash value in circulation as a percentage of GDP.  Historically interest rates were set daily in the country and consumers would withdraw and deposit cash daily.  The economic superpowers of Russia and India are also incredibly cash dominant societies.  In Russia, 90% of consumer payments are made in cash and 12% of GDP is in circulation as banknotes and coins.  In India, equivalent of 11% of GDP is in circulation in cash.

If cash really is going away, the data between 2009 and 2013 doesn’t show it. Instead, there’s a massive $4,600 billion on average in circulation and that has remained around nine percent of the entire globe’s GDP.

Consumers will still need a convenient, secure and accessible channel to access this cash and the ATM looks set to continue to be the channel for this, as it has done for over 40 years now.

Colin Gordon is a SelfServ Marketing Manager and is based at NCR's R&D Center in Dundee, Scotland. Colin is responsible for the marketing of NCR's Financial hardware portfolio with a specific focus on Cash Dispense ATMs & financial trends.