How India's note withdrawals highlight the case for cash 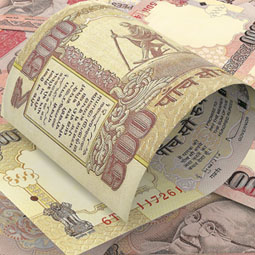 Despite some claims to the contrary, cash remains an essential part of the payments infrastructure around the world, particularly in economies where cards and other cashless alternatives have yet to really take off.

Nowhere has this been illustrated more clearly recently than in the aftermath of the Indian government's decision to withdraw millions of banknotes from circulation overnight. This came as a huge surprise to businesses and consumers, and left many in the country scrambling to replace their now-worthless currency.

The issues this has caused throughout the world's second-largest country illustrate just how vital cash is in emerging economies such as India and serve as a clear reminder that cash still has its place as payment choices and financial inclusion remain important.

What happened?
The surprise move came on the evening of November 8th 2016, when Indian prime minister Narendra Modi announced that the country's 500 and 1,000 rupee notes would no longer be valid as of midnight. Between them, these notes are said to represent 86 percent of the currency in circulation, so the impact was immediate and dramatic, as hundreds of millions of people suddenly found the cash in their wallet was effectively worthless.

Although the notes were replaced by a new version of the 500 rupee note and a newly-introduced 2,000 rupee note, it proved difficult for people to get their hands on them. As the move came with no notice or expectation, it left many people without access to valid currency, and there are restrictions on how much of the new currency they can exchange their old notes for at a time. This means many people with savings in cash may be stuck with the old notes for some time.

A cash economy
The role of the ATM as a vital self-service banking channel in India should not be underestimated either. Almost 215,000 ATMs were installed in India as at the end of 2015, according to RBR, Global ATM Market and Forecasts to 2021, with this number expected to increase past 210,000 over the next 5 years. The average Indian ATM handles over 5,000 cash withdrawals a month – that’s almost double the global average. A massive $687 billion was withdrawn from Indian ATMs in 2015 too – further highlighting the importance of cash to consumers.

The big issue is that despite efforts to encourage options like cards and mobile payments, India remains an overwhelmingly cash-based economy, with up to 90 percent of transactions taking place via cash, for payments both large and small.

This fact has been highlighted as one of the main reasons behind the move. Because so many people deal only in cash, very few people pay tax on what they earn, and bringing this so-called 'black' money into the financial system is a priority for Mr Modi's government. Cracking down on corruption and forgeries have also been highlighted as reasons for the move.

Even the country's burgeoning e-commerce sector is not immune from this reliance on cash, with cash on delivery a hugely popular payment option for these services. Amazon India was one of many retailers to suspend these options in response to the move.

The ongoing implications
In the short term, the immediate impact of the move was that many people struggled to make everyday purchases. As the vast majority of shops, restaurants and other services in the country don't have the capability to accept card payments and were refusing to accept the discontinued notes, demand for smaller 1,000 rupee notes and the new denominations has been high.

In the longer term, the move could drive more people towards alternative forms of payment in order to ensure they always have an option available to them. Perhaps unsurprisingly, fintech providers in the country welcomed the move, and reported high levels of interest from consumers.

Madhur Deora, chief executive of Paytm, for example, said: "We stand by the government in its efforts towards taking black money out of the equation and offering a major boost to the Indian economy. Since Paytm is fast becoming synonymous to all kinds of payments, we are happy to announce we have registered a strong surge in volume on our platform."

However, while this may be the long-term future of the country, for now, what the decision has done is highlight just how dependant many Indians are on cash. Anyone confidently heralding its impending doom has to look no further to realise that cashless societies are still a long way off in many parts of the world.