How contactless is changing consumer expectations 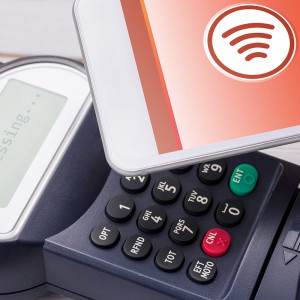 Once a new technology arrives, it’s easy to see how it can make the mechanics change. For example, the arrival of the ATM clearly meant consumers could get access to cash 24/7. But what it really altered was the consumer viewpoint - people suddenly expected to be able to access their cash any time of day. This is an important shift - not only does a technology mean the consumer is able to perform a particular task in a certain way, it completely changes the goal posts for the provider.

Today, we’re seeing this in the contactless space. Contactless payments are booming globally. In the US, the arrival of Apple Pay has transformed the market for proximity-based payments. In the rest of the world, EMV has enabled contactless card payments to spread.

Contactless payments account for one in ten card transactions in Britain, while tap-and-go usage is soaring in countries from Australia to Poland.

So what does this mean? Aside from making it easier and quicker to pay for things, the rise in contactless payments is having an important effect on consumer expectations, which is in turn having a knock-on effect on other sectors of the economy. Let’s look at two case studies from the UK to tell us more.

Charities
The third sector faces a constant struggle for funding. The decline of the cheque has been an issue. Charities were among the most vocal opponents of a plan to do away with cheques in the UK that has since been abandoned. Direct debits are essential, but still 55 percent of all direct donations to charities are made with cash.

But fewer of us are carrying cash. The contactless revolution means many people don’t need to carry notes and coins for smaller transactions. Therefore, the task for the charity sector is to continue to be able to receive small direct donations.

Chris Allwood, senior product development manager from the UK’s Charities Aid Foundation (CAF), said: "We are always looking to the future and we are convinced there is a massive future for donations using contactless technology as people switch from using cash to using cards. Contactless cards are still being rolled out but they are clearly seen as the way people will make small payments in the future. It’s vital we are at the forefront of this technology so that charities do not lose out.”

Because people expect to be able to use a contactless card, the charity sector is being forced to adapt. Instead of shaking tins outside the supermarket, volunteers are now going to be equipped with contactless readers. Visa Europe Collab worked with CAF and Save the Children in 2015 on a pilot scheme and now some big charities, including Cancer Research UK, are rolling out the technology more widely.

A spokesman for the UK Cards Association told The Daily Telegraph: “It’s quickly becoming embedded in people’s minds that you can tap your card to pay in shops.”

With consumer expectations running high, charities would do well to take advantage and make it easier for people to donate with a simple swipe of their contactless card.

Restaurants
While charities need to adopt contactless technology to protect revenues, in the hospitality industry we see how the arrival of contactless is affecting the consumer experience and the knock-on impact on customer loyalty, satisfaction and retention.

According to Barclays, tap-and-go spending in British pubs and bars has almost doubled since the contactless limit rose from £20 to £30 in September 2015. In restaurants, contactless spending has increased by 51 percent.

What’s fascinating is the shift in attitudes that this has precipitated - consumers are getting annoyed if they cannot pay using a contactless card or device. One in five (19 percent) admitted that they get frustrated if contactless is not on offer. Businesses should take note - two-thirds of firms still do not accept contactless payments.

Paul Lockstone, Managing Director at Barclaycard, said: “In 2015, we’ve seen contactless become an even more popular way to pay for small transactions, so much so that we can even get frustrated if a retailer doesn’t offer ‘touch and go’ as an option. As the consumer appetite for new ways to pay continues to grow, particularly with the upcoming launch of high value payments and the continuing growth in wearable payment devices, we’re expecting 2016 to be another record-breaking year for contactless.”

From the charity sector to the hospitality industry, contactless technology is driving consumer expectations and tap-and-go is a necessity.

The global market for self-service technology in the banking...