How are checks staying relevant in the digital age? 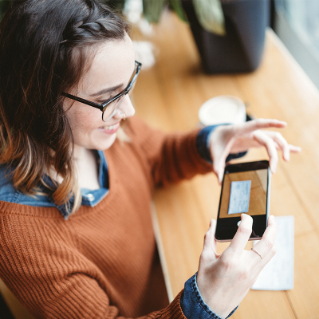 It's hard to deny that the humble check is not as popular as it once was, with research showing an ongoing decline in the number of people using this payment method.

The 2016 World Payments Report from Capgemini and BNP Paribas highlighted the declining role of checks: “The use of checks declined by 10.8% globally during 2014 and has been declining consistently during the past 13 years. Check volumes continued their decline across all regions and some countries, such as Australia, have announced plans to phase out the instrument in the coming years. Although also in decline, North America has the highest ratio of check usage among all regions (10.8% of total non-cash volumes) …”

In the recently released highlights of the coming Federal Reserve Payments Study 2016, the number of check payments in the US fell to 17.3 billion, down 2.5B since 2012.  Figures from the Canadian Bankers Association reveals the nation's financial institutions process nearly one billion checks per year. Meanwhile, the UK Cheque & Credit Clearing Company said two-thirds of businesses claimed they would encounter problems if they were unable to write checks.

But with so many banking customers shifting to digital channels, how are check payments evolving to meet the needs of modern organizations and people?

Checks and Remote Deposit Capture (RDC)
One of the benefits of checks is that they provide a safe and reliable way to pay for goods and services. However, for recipients, depositing checks at the bank can be inconvenient, particularly in bulk.

This is where RDC systems can provide the best of both worlds by still offering people the advantages of paying and receiving check payments, while easily facilitating the deposit process.

With mobile RDC for retail, corporate or small business, customers can simply take a photo of both sides of the check with their smartphone enabled using their mobile banking app. The image and data are moved through the financial institution's processing system and cleared in the same way as a physical check.

NCR data indicates the technology has proved popular in locations where it's deployed. For example, FIs continue to deploy mobile deposit since the initial release in May 2014 resulting in year on year early estimates of a 76% increase in Canada for 2016. In the USA mobile deposit was released in September 2012 and has seen growth rates continue annually with a year on year increase of 37% for 2016.

Check imaging and deposit ATMs
Mobile RDC isn't the only technology that banks can use to streamline check deposits.  A wide range of on-site check imaging systems are available to cope with varying batch volumes.

These technologies include tabletop scanners at the individual business locations or at the teller level all the way up to large-scale check imaging transports that can process millions of checks each day. Check imaging helps automate an FI's processing capabilities, reducing the time, costs and human errors associated with manual procedures.

Self-service ATMs provide another option, allowing customers to deposit checks themselves in-branch. Analysis from Accenture noted that self-service is a win-win for both branches and customers, as banks can lower costs and free up resources, while consumers show improved satisfaction and engagement.

So, while it appears that check use is slowing down as digital options increase, banks are still modernizing their check deposit services to cater to the millions of customers who continue to value this payment method.

Through a combination of mobile RDC, check imaging systems and self-service deposit ATMs, FIs are ensuring that checks fully leverage the advantages of technology advances in the industry.