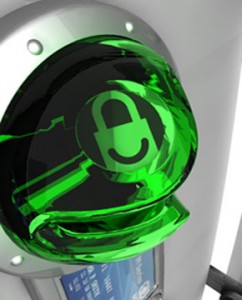 ATM skimming has long been the number one security threat in the ATM channel. There has been some research that suggests the problem may have reached its peak in Europe as investment in counter-measures and chip card technology starts to pay dividends.

The ATM Industry Association (ATMIA) Global Fraud and Security Survey 2015shows many of its members are seeing a drop in skimming attacks, although this is coming at the expense of increases in other fraud vectors.

Its survey found just over 50 percent of respondents said attacks were generally increasing, while one in five (18 percent) saw an overall decrease in attacks.
Looking at individual threats, although more than one in five saw no signs of a decrease in any one vector, almost one in three identified skimming as being on the decrease in their country or region. Next was cash trapping, which 15 percent of respondents reported as decreasing in frequency.

Instead of skimming, the industry is witnessing a “deflection of crime from traditional electronic skimming towards more physical and less sophisticated forms of attack,” says ATMIA chief executive officer Michael Lee. Card Trapping and Transaction Reversal Fraud both surpassed skimming in the 2015 survey as the two main categories reported as increasing.

“The number one ATM crime for several years, skimming, finally seems to have peaked and is perceived to be decreasing for the first time ever,” Lee notes in the foreword to the report. “This is, of course, due in part to EMV migration. It is also testimony to the effectiveness of the industry’s most popular anti- skimming solutions.”

However, before ATM operators start to ignore this problem, the survey makes clear that skimming is still the highest ranked threat in the industry, with one in three saying this attack vector is their number one worry.

Data reported out of the U.S. shows a dramatic increase in card skimming. Earlier this year FICO reported that card data theft at ATMs highest rate in two decades. Debit-card compromises at ATMs located on bank property jumped 174% over the same period in the previous year. Successful attacks at nonbank machines soared by 317%.

The US is not alone, as 14 percent of the respondents to the ATMIA survey said skimming is still increasing in their region or country.

“There are no grounds for complacency. In security, vigilance remains the eternal price of freedom,” the ATMIA concludes.