As growth continues to accelerate, where next for contactless? 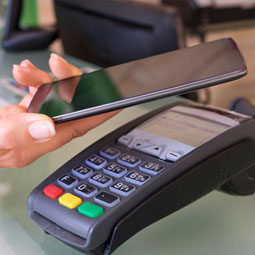 The contactless payments sector continues to grow and is showing no signs of slowing down, expanding rapidly in places like the Czech Republic and Poland, as well as more developed markets like the UK and France.

So with acceptance and consumer familiarity increasing all the time, just how much potential does contactless have and where could the technology go from here?

Driving growth in card payments
A September 2016 study from Retail Banking Research (RBR) highlighted the rapid expansion of contactless payments and acceptance infrastructure in markets like the Czech Republic, Poland, the UK and France, which contributed to a 15 percent rise in total card payments worldwide last year. That increase, which raised the overall number of card payments to 270 billion, was almost double the eight percent upturn in card numbers.

During the years up to 2021, worldwide card payments are forecast to soar by 55 percent to 417 billion, with the strongest growth occurring in the Middle East, Africa, Asia, and central and eastern Europe.

Chris Herbert of RBR noted that consumers in developing markets are becoming more comfortable with using cards rather than cash. He added: "In more mature markets, technology developments such as contactless, and a willingness to use cards for ever smaller payment amounts, are boosting the cards sector."

In the UK, contactless payments passed the £2 billion mark for the first time in July 2016, with the number of contactless transactions jumping by ten percent to 240 million, according to the UK Cards Association. Growing adoption by transport companies across the UK will drive further awareness among the British public leading to adoption for other routine transactions.

What about the US?
The US is one market that is notable by its relative absence from the contactless revolution. While the technology is available, it hasn't caught on with American consumers. An August 2016 article in the Payments Review, titled 'Will contactless payment cards catch on in the United States?', pointed out that financial institutions like Chase, Wells Fargo and Diner's Club have all trialed contactless payment capability in their credit and debit cards, but abandoned it due to lack of customer usage.

One of the reasons contactless has failed to take off in the US is lack of acceptance and infrastructure. While there are about 1.6 million point-of-sale (POS) terminals around the country that accept contactless payments, this figure is less than 12 percent of the approximately 13.9 million POS terminals in operation throughout the US.

One way of overcoming the chicken and egg problem of updating cards or terminals first is to focus on specific cities. That has driven the success in the UK and other countries. And, where public transport is used extensively, the enabling consumers to contactless for transit is also a magic route to achieving adoption.

The Payments Review also pointed out that a large proportion of the more than 12,000 FIs that issue cards across the US have opted to save themselves the cost of installing contactless chips and antennae in their cards - an optional expense, unlike the mandatory introduction of EMV chips.

That's not to say that there is no hope for contactless in the US, with the recently launched Citi Costco Visa card making the technology available to approximately 11 million customers.

So what's next for contactless?
Contactless technology looks set to continue growing and evolving in the financial services industry. One channel where its impact will be felt over the coming years is the ATM, as is currently being demonstrated in Singapore, where United Overseas Bank (UOB) recently rolled out south-east Asia's first contactless ATM equipped with near-field communication capability. At least 60 of these machines will be in operation by January 2017, and by December 2018 UOB aims to have all of its current ATMs replaced by contactless touchpoints.

To start with, customers with Mastercard credit and debit cards on Apple Pay will be able to withdraw cash by tapping their smartphones. Android phone users will be able to do the same, using UOB's Mighty Pay app, from January 2017.

Dennis Khoo, the bank's head of personal financial services in Singapore, said: "We have seen monthly mobile contactless payments made on UOB cards grow by more than 20 times since the launch of UOB Mighty last November. This is why we are offering customers the option of using contactless technology to withdraw cash at ATMs."

It will be fascinating to see where contactless payments go next - whether contactless cards will continue to prove popular in markets like the US and France, for example, or if consumers will lean towards loading their cards into mobile wallets and paying with their phones. And will the ongoing growth of contactless edge us ever closer to a cashless society?

One thing is certain - banks and payment providers need to keep their fingers on the pulse of the industry to make sure they are ready to deliver the services customers want.