Global cash demand growth is not just about inflation

While talk of the death of cash continues in some quarters, data tells quite another story -- demand for paper money shows no signs of abating. Standard thinking says this is only a matter of inflation; there is bound to be more cash in circulation because of price rises and population growth.

However, global demand for cash is growing at such a healthy clip that it’s got to be more than just economic growth and inflation at work. 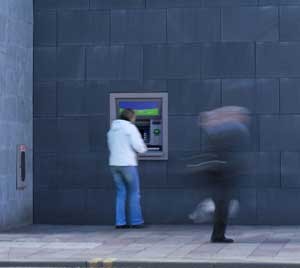 “The results of this far-reaching research paper show powerful rates of growth for cash in circulation right across the world, with an average year-on-year increase over this period of 8.9 percent, compared to anaemic economic growth rates below three percent,” commented Mike  Lee, CEO of ATMIA

Cash demand is growing at a rate of 4.5 percent in Europe and by 11 percent in the BRICS nations - Brazil, Russia, India, China and South Africa.

“Since the World Bank believes international economic growth will reach three percent this year and average at around 3.3 percent up to 2017, we can be very pleased that our industry’s most important asset, the global supply of cash, is underpinned by exceptionally robust demand from the human populations of the world,” added Mr. Lee.“Cash growth is currently outstripping economic growth by a wide margin.”

Moreover, continued low inflation in Europe, the US and other developed markets ought to be subduing cash circulation, yet it seems that this too is not enough to hold back demand for paper money.

Of course, we are seeing cash fall as a proportion of payments. Britain recently saw non-cash methods overtake cash for the first time. But continued demand for cash and more people using cash machines to withdraw money fuelled another rise in the numbers of ATMs. Whatever the cause for this thirst for cash, it makes the ATM an even more important consumer channel than ever.

Cash growth rates were as follows:

Industry pundits mustn’t be too swift to predict the total takeover of electronic payments, while cash is still so popular with consumers.

Recent headlines in the UK proclaimed that non-cash payments...