Getting through to the IT legacy core

Online and mobile are at the heart of the omnichannel banking offering. But these new front-end channels may exert stress on 15 to 20-year-old core IT systems. Few large banks would deny a new core system's benefits, but there have been only a handful to make this change in the last decade. 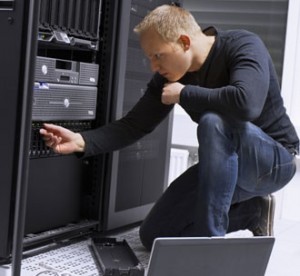 IT investment by banks has usually focused on maintaining existing systems - a sort of mend and make do approach that keeps the lights on and the ATMs running. Adapting to online and mobile trends requires a deeper dive into core systems.
With digital now leading the way, banks are uncertain about how well their core legacy systems can respond. A survey conducted by Finextra shows a large majority are not confident their legacy systems will withstand the pressure of mobile and online banking.

Of the nearly 100 financial institutions polled internationally, four in five said investing in multi-channel engagement is essential to achieve the task of modernizing the bank.

Yet two-thirds (65 percent) think their core system can longer support their aims. Over 60 percent think the transformation needs to happen in the next three to five years, although many are simply not confident about getting board approval for a major IT overhaul.

Banks seem content to proceed with the patch and mend strategy, despite the clear rationale for more significant improvements.

A survey from Aite Group shows little zest for major core system overhauls, since they’re seen as “often expensive to maintain and present challenges with new technology integrations and new product and strategy rollouts.” Banks in the Asia-Pacific region are more willing than their North American counterparts, but still it seems few are willing to risk a complete conversion.

Over the next few years banks will focus on investments in customer-facing channels and analytics, but this doesn’t mean they can ignore aging core solutions. However, costs may prove prohibitive to the kind of core overhaul that we'd like in an ideal world.

So what's the answer? Aside from a massive redevelopment of a core system, we can look to make the front-end, consumer-facing channels more flexible, and extend the middle layer by deploying a payment hub across the retail bank as a focal point. This will make the translation from new world transactions to the old world known by the core banking system.  Meanwhile, the patch and mend of the back-end can continue while also enabling a gradual move to new platforms as that gets approved by boards of directors and CIOs.

The tug-of-war between digital banking and physical banking...