The future of money? It’s Polymer 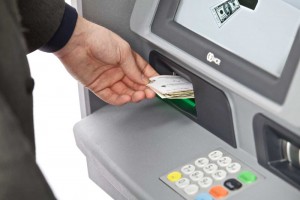 Many countries around the world have already made either a full or partial transition to polymer [plastic] banknotes. The move towards this transition in the U.K. is approaching fast with the introduction of £5 notes in the second half 2016, and £10 notes a year later. There are many benefits that polymer notes promises for both consumers and financial institutions, they’re:

Preparation for this introduction is well under way, with many decisions already made and many still to come. The Bank of England is providing great co-ordination and guidance, to the banking and retail industries, as well as suppliers, such as NCR. This will help make the introduction of polymer banknotes in the U.K. easier for all concerned and, ultimately, provide value to the British public.

The ability for the ATMs to effectively pay out and deposit polymer notes is important, likewise, self-checkouts used by an increasing number of retailers and shoppers across the U.K. must be able to receive and process polymer banknotes. A recent study revealed that 89% of U.K. consumers use self-checkouts due to the convenience and speed of service they provide. Presently, there are 2.2 billion transactions on self-checkouts every year in U.K. NCR deployed the first self-checkout in the U.K. with Marks & Spencer in 2002, and continues to work closely with all the leading retailers in the U.K. who use and plan to use self-checkouts to improve customer service.

NCR has been working with the Bank of England on the intended move to polymer banknotes long before it was announced in September 2013. Ties and a close working relationship between NCR and the Bank of England have been in existence for many, many years. In part, due to the market position and experience of NCR, but also due to NCR’s R&D presence in the UK. Consultation and testing associated with the introduction of polymer £5 and £10 notes in the U.K. is being carried out at NCR’s global Centre of Excellence and R&D facility for the financial industry in Dundee in the UK.

NCR is part of the industry working groups that are helping the Bank of England to drive the Polymer Transition Project. We participated in the recent All Industry Forum held on 20th October, and will continue to lead and engage with both customers and the Bank of England as the project progresses.

Rachel is responsible for the financial service business in the UK & ROI for NCR and is a Director of NCR Ltd. Leading a team across the U.K. Rachel works closely with traditional high street Banks, Challenger Banks and Building Societies.