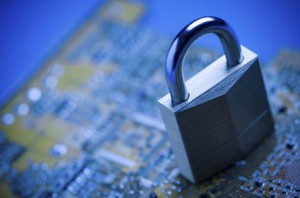 Payment card fraud worries banks, consumers and merchants. Ultimately, all lose out to some degree when fraud is committed, which is why it’s great to see efforts to clamp down on criminals actually pay off.

The FBI has scooped up 17 people for their alleged roles in an international ATM skimming and money laundering scheme that was worth hundreds of thousands of dollars. Card details and PINs were obtained in Europe and then used at ATMs in the Chicago area to steal large sums of money.

International in scope, with defendants arrested in Bulgaria and the US, the scam highlights the dangers for banks of cross-border fraud and of not implementing good fraud detection systems.

Firstly, the criminals were organized enough to coordinate ATM transactions to withdraw money “before the issuing banks could detect the fraud and deactivate the ATM and debit card numbers,” explained the US Attorney's Office for the Northern District of Illinois.

This is key for fraudsters, who only make money until the customer or bank realize the card data has been compromised–although any fraud detection system of note should flag and block suspicious-looking transactions–such as one taking place at an ATM 4,000 miles from the place of issue.

Secondly, the alleged criminals made withdrawals “shortly before and after midnight in the timezone of the issuing bank in an attempt to circumvent the daily withdrawal limits on the victims’ accounts,” said prosecutors.

The good news in this case is that the fraud was spotted, even if not in time to prevent some losses. It’s not always this way, but as cooperation between law enforcement, issuing banks, merchants and consumers improves, we can expect to see more success stories such as this one in the future.

The ATM is increasingly becoming a global target for crime, but we lead the industry in ATM security. NCR Secure™ Solutions work by safeguarding the future and integrity of the self-service channel through investing in new technologies that stay ahead of the criminal.