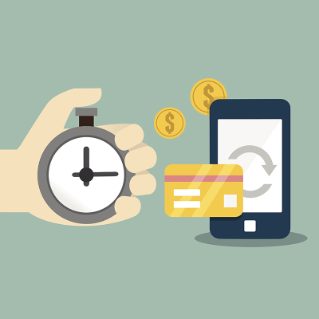 Australia's biggest banks have committed to an initiative to "make banking better", one of the key components of which is a AU$1 billion (US$766 million) investment to facilitate faster payments.

This is one of many examples from around the world that emphasize the growing importance consumers place on instant, convenient payments.

What's happening in Australia?
Announcing its Better Banking program, the Australian Bankers' Association (ABA) said it was responding to concerns around the culture in big banks. The industry group announced reforms designed to improve the banking experience for customers and boost awareness of the range of products and services available.

ABA chief executive, Steven Munchenberg, said: "Banks are … making a $1 billion investment in a new payments system to allow payments and transfers to happen in 'real time', overcoming the current delays when money is transferred from one bank account to another."

Other elements of the plan will focus on supporting people in financial difficulty and improving customer understanding of how they can switch accounts.

The coming year looks set to be an interesting one for the Australian payments sector as a whole. Mastercard is set to launch its biometric authentication app, or 'Selfie Pay', in 2017, giving customers the option to authorize payments with a fingerprint scan or facial recognition.

Meanwhile, the dispute between Apple and Australia's biggest banks over Apple Pay continues. Some of these banks are arguing they should be given access to the iPhone's near-field communications system, allowing them to offer their own mobile payment services. Apple claims this would "undermine the security and simplicity" of its system and has accused the consortium of trying to "delay or even block" the expansion of its mobile wallet service in Australia. A formal ruling from the country's competition watchdog is expected later in March.

Real-time payments around the world
The European payments market will witness some major developments in 2017, one of the most notable of which is the launch of the SCT Inst initiative in November. This optional scheme will enable payment service providers (PSPs) within the Single Euro Payments Area - which encompasses 34 European countries - to process instant payments up to a maximum value of €15,000 ($16,040).

When the scheme was announced in November 2016, European Payments Council chair Javier Santamaria said: "The launch of the SCT Inst scheme illustrates that we have entered a new era in payments, based on speed and innovation."

There are also moves to speed up international payments in the US, with PayCommerce recently completing trials of a blockchain-based cross-border payments system for businesses. Test transactions have been conducted between the US and India. Abdul Naushad, founder and executive chairman of the firm, told PYMNTS that many countries have adopted a domestic focus with their instant payments infrastructure, but there is a need for a more international outlook. PayCommerce is one of several initiatives; another is from Ripple.

Changes are also happening in the US with the Fed starting along a road to define a national real-time payments service, while other players are already launching solutions such a Zelle from Early Warning and the same day service from NACHA.  It's clear that this will be a big focus for the financial services industry and consumers going forward.

For banks and PSPs, the emphasis should be on deploying the technologies and processes required to meet key customer expectations for speed, convenience and maximum security.