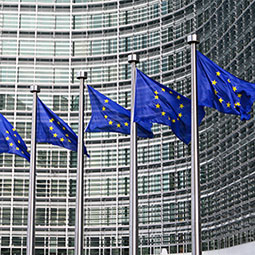 The European Payments Council (EPC) has officially launched the Single Euro Payments Area (SEPA) Instant Credit Transfer (SCT Inst) scheme. Payment service providers and financial institutions operating in the Eurozone now have less than a year to prepare for the new system, with the first SCT Inst transactions due to take place in November 2017.

Bringing payments up to speed
The Euro Retail Payments Board tasked the EPC with creating an optional, Pan-European euro instant payment scheme, partly to reduce the risk of fragmentation in the market. A number of European countries were planning their own instant payment systems that would not have been interoperable, compounding the current problem of instant payments stopping at national borders.

Furthermore, the SCT Inst scheme reflects the fact that the digitization of the economy and consumer services means people now expect to be able to complete many processes - including payments - in real time, with maximum convenience and security.

The EPC launched a public consultation on the proposed scheme in April 2016 and received 354 comments, helping to inform the first SCT Inst rulebook, which was published in November.

What it means for European payments
From November 2017, PSPs will be able to complete instant transfers of up to €15,000 (US$16,060) between 34 SEPA countries, including those that don’t use the Euro (such as the UK, Sweden) or are outside the EU (such as Switzerland and Norway). PSPs that choose to take part can act as both originators and receivers of SCT Inst transactions, or as receivers only. The scheme will handle consumer and corporate payments.

Flexibility is one of the watchwords of the initiative, with FIs given the option to bilaterally or multilaterally increase their transfer limits and speeds. The maximum transfer amount for the scheme as a whole will be reviewed and changed if necessary from 2018 onwards. Other similar schemes have started off with relatively low caps on transfer values and increased them over time.

PSPs will be able to sign up to the scheme and begin the implementation process from January 2017. The EPC said it will pursue an ongoing change management cycle to ensure the service continues to perform as required, from both a technical and end-user perspective.

Javier Santamaria, chair of the EPC, said SCT Inst marks the beginning of "a new era in payments" based on speed and innovation, with customers benefiting from the convenience and certainty that comes with instant transactions.

He also stressed that the success of the scheme will be dependent on the number of PSPs that decide to take part.

"The SCT Inst scheme will pave the way for emerging methods of payment, such as person-to-person mobile payments," said Mr. Santamaria. "[The] publication of the scheme is only the beginning of this journey towards faster Pan-European payments: now is the time for all stakeholders to get ready to process the first SCT Inst transactions in November 2017. Together, we will make this scheme a success."

Putting the new opportunities and expectations of the scheme into context, Marijke Koninckx of FIS Global noted that payments don't exist in isolation and must be viewed as part of the wider banking ecosystem. In an article for Finextra, she also noted that real-time payments "leave no room for error" and can have a big impact on an FI's reputation.

"Banks need to evaluate their real-time capabilities across the entire payments processing chain, from transaction acceptance and authentication, to processing and back-end systems," Ms. Koninckx advised. "Real-time fraud and sanctions checks are difficult to achieve and many lessons can be learned from the cards world, where real-time authorization is the norm."

As 2017 progresses, we'll get a much clearer idea of just how smoothly the SCT Inst implementation process is going for the industry, and how big an impact the system will have on the payments space. Ensuring the initial implementation is smooth and consumers are not challenged with complex processes or high levels of fraud are essential to making this new payment method a success.