EMV in Asia: A snapshot of the card landscape 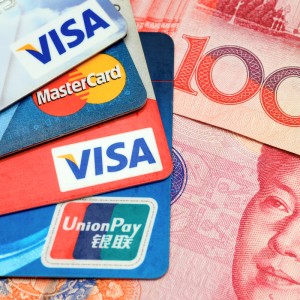 EMV took off rapidly in Asia in the early noughties, but where are we now?

Back in 2003, Asia Pacific was hailed as a leading light in EMV migration , but just how far has chip card technology come and how far have we got to go?

The liability shift is the key moment in the EMV migration process. MasterCard and Visa have completed this process for point-of-sale (POS) transactions, beginning 2006 through to 2010.

October 1st 2015 was all about the US liability shift, but this was also an important date for Asian EMV progress. For most of Asia Pacific this was when liability for fraud shifted for ATMs.

In the ATM space:

Liability shifts are proving to be important tools in Asia Pacific for migration. From Visa's Security Agenda for Southeast Asia: “In the past few years, Visa has announced liability shifts for both point-of- sale and ATM transactions in various countries. However, magnetic-stripe-only ATMs in the US and most AP countries remain the last significant area preventing issuers from maximizing the benefit of their EMV chip investment."

Asia experienced significant growth in the number of payments using EMV chip technology between July 2014 and June 2015 with an increase of 73 percent. EMV cards now account for 34 percent of all card-present transactions, putting the region squarely in line with the global picture.

This compares with 97 percent of card-present transactions in Western Europe, and just one percent in the US, albeit the data period was before the US liability shift for POS transactions.

A lot of the improvement in EMV usage comes from China and India as these countries progress away from cash to electronic payments.  For example, the 2015 World Payments Report from Capgemini and Royal Bank of Scotland, reported that in the ‘Emerging Asia' region, growth in non-cash payments hit 21.6 percent in 2013 as more merchants accepted cards. That trend continues today and is helping to drive EMV growth across Asia.

Clearly, there is work remaining to be done in the EMV world - two-thirds of card present transactions are still carried out using a mag stripe card. And Asia is a big place - each country has its own unique market dynamics.

In particular, Japan is a case apart as it has developed its own card standards. In 2014, AEON Bank became the first Japanese financial institution to deploy ATMs that support EMV chip card transactions. And with the Tokyo 2020 Olympics on the horizon, and a massive influx of foreign visitors to the country, the nation’s ATM network is slowly being linked to the global network.

In India, still largely a cash economy, there is another challenge - raising electronic transaction levels from a low level. Since September 2015, however, the Reserve Bank of India has mandated that the country’s banks should only issue credit and debit cards that feature EMV chip technology.

Baby steps for some, giant leaps for others, but either way EMV is on the up across Asia.

Is EMV migration worth the cost?

A huge majority of those who have deployed EMV think it has...

An EMV Education: Educating your guests to mitigate slowdowns