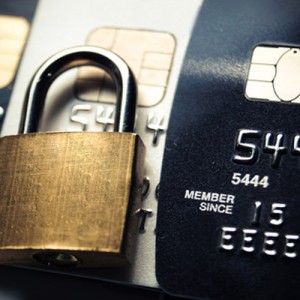 The relationship between skimming and fraud losses on cards cannot be underestimated. Because of skimming at ATMs and point-of-sale (POS) terminals, criminals can steal vital cardholder data and use it to commit fraud, whether that’s in the card-present space at POS terminals or, more likely, in the growing card-not-present arena.

But if we look to Canada, we can see how the arrival of EMV technology greatly reduces, if not quite eliminates, losses from skimming.

There are other vulnerabilities. Card trapping combined with PIN capture, such as shoulder-surfing, pinhole cameras, and false fronts, mean it’s possible for criminals to use the original chip card with the PIN. And in the US, issuers have pushed chip-and-signature EMV cards, which leave a PIN-sized security hole in the card-present space if the original card can be obtained.

Given these problems, how do we get to such a big drop in fraud? Undoubtedly, hand in glove with the better security afforded by EMV cards, banks are improving fraud prevention. A range of factors are at play here, but it seems better integration of fraud prevention solutions across different channels is playing a part.

For example, knowing the point of compromise in the POS space has long been important for dynamic fraud detection. It’s increasingly important that this principle can apply across all channels - whether it’s an ATM compromised by a skimming device or stolen internet banking login details.
EMV won’t stamp out skimming fraud entirely, let alone all card fraud, but taking an omni-channel approach to fraud prevention will go a long way.

Figures from Interac show that losses on debit cards due to skimming fell for the sixth-straight year to set a record low of $11.8 million in 2015. This was a 27 percent decrease from 2014, when fraud losses amounted to $16.2 million.

It’s no coincidence that the Canadian payment card industry began widespread migration to chip card technology, or EMV, in 2008.

Since the move to chip technology in 2009, fraud losses due to skimming have collapsed, falling 92 percent from a peak of $142 million.

Can these figures just be down to the arrival of EMV?

Chip cards don’t necessarily afford better protection compared to magnetic stripe cards at the ATM or POS as there are lots of different skimming devices able to read the latter even on the new cards. The data can then be used to create cloned cards for use in countries where EMV is not in place. The net is closing but there are still plenty of opportunities for criminals. The Interac data showed just 17 percent of the skimming fraud occurred in Canada - the rest was carried out abroad, most likely in the US.

If we look to Canada, we can see how the arrival of EMV...

The latest developments indicate that as banks and other...