Do you know the true scale of fraud? 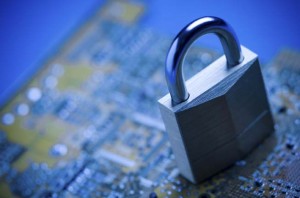 Fraud exists in many forms across the financial industry, from simple credit card skimming to brazen thefts from people’s accounts. But just how much money is being stolen? Are banks capable of accurately recording each and every loss, and do they know the real scale of the problem within their own institution?

It’s an issue that’s been raised by lawmakers in the UK as fraud rates increase. Dr. Richard Clayton, a senior researcher in security economics at the University of Cambridge, told MPs recently that the level of fraud could be twice the amount reported by banks.

So why are banks seemingly missing the mark on security and fraud? There are a few factors at work.

Andrew Tyrie, chairman of the Treasury committee that’s looking into the financial industry, is worried that banks are “systematically understating” the amount of fraud.

Banks “may substantially understate the true scale of the problem” because “they don’t want to frighten people,” according to Dr. Clayton. However, he also points out that banks are “very good” at returning money when it’s stolen.

Lawmakers are calling for greater transparency on fraud, but this may not be possible even if banks want to improve reporting. The fact is that many institutions will not have the kind of integrated fraud detection systems and other back-office programs to get a real handle on how much is being lost. The reason for the gaps in reporting could be down to banks just not knowing what is truly happening.

Whatever the cause, it is vital for banks to get to grips with fraud levels. Mr Tyrie is right to point out that consumers could be even more wary of fraud risks if banks are hiding losses, even if they are good at returning the money.

Bankers are aware that digital banking heightens fraud risks and that consumers are very aware of dangers. For instance, a Kaspersky report last year found half (49 percent) of global consumers feel vulnerable when they are shopping online or making online transactions.

It is very much in banks’ best interests to report all types of fraud accurately; however, their ability to do so is less certain.