Do you have a 'digital-first' mindset? 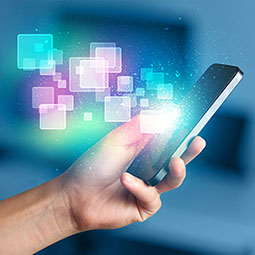 Banks need to “think digital” if they want to retain their place at the heart of the transaction banking market, amid growing competition from innovative fintech firms and challenger banks. That's according to the latest World Payments Report (WPR) from Capgemini and BNP Paribas, which showed annual growth in digital payment volumes surpassing ten percent for the first time.

However, in the rush to go digital, it's important not to forget the importance of maintaining personal engagement and face-to-face contact with your customers.

There were more than 426 billion digital payments around the world last year, up from 387.3 billion in 2014, according to WPR 2016. The research highlighted a number of factors that are contributing to this ongoing growth, such as strong economic performance in key developing markets, the rising cost of cash, government initiatives to encourage electronic payments and enhanced security measures like EMV and biometrics.

Regionally, the US, the Eurozone and Brazil are the biggest global markets for digital payments, while China is in fourth place, having overtaken the UK and South Korea for the first time. Cards have been the fastest-growing digital payment instrument since 2010 and check usage has been on a steady downward trend.

This expanding industry holds great potential for banks, but there are also challenges to be faced, such as lower interest income and an expanding range of competitors - most notably challenger banks and fintechs.

Anirban Bose, head of banking and capital markets at Capgemini, said: "Fintechs, as well as the creation of innovation labs in banking, are establishing new precedents for developing superior customer journeys. The key now is in the mix of the partnerships and collaboration that can be done to drive out the most innovative digital services possible at the right 'moments of truth' along the customer journey."

Encouragingly, many financial institutions (FIs) appear to see the growing diversity of the market as an opportunity, rather than a threat. WPR 2016 revealed that 79 percent of bank executives now view fintechs as potential partners.

Maintaining a personal presence
The growth of digital banking is a positive thing for customers and FIs - opening up countless new opportunities for efficiency, convenience and lower costs. However, the banking public is a complex and demanding beast, and just because people want the option to conduct most of their account management and transactions online, doesn't mean they are willing to say goodbye to old-fashioned, face-to-face customer service.

Recent research in the UK by EY, one of the 'big four' audit and accounting firms, found that a third of customers were using digital banking channels more than they did a year ago, but nearly half (48 percent) were still not comfortable with managing their finances solely online or via mobile. One in three people (33 percent) said they would actively distrust a bank that had no high street presence.

David Ebstein, EY's regional head of digital financial services, said one of the most important things for banks to focus on is moving at a pace their customers are happy with, ensuring that people are able to choose how they interact with their provider.

"While they are right to encourage online and mobile banking, face-to-face communication clearly remains an important way to communicate for many people," he added. "In the same way that people at first were reluctant to replace their fax machine with email, this is simply a learning curve that banks must help their customers with.

"Although people are increasingly less reliant on branches, digital remains complementary, and not a complete replacement for human interaction."