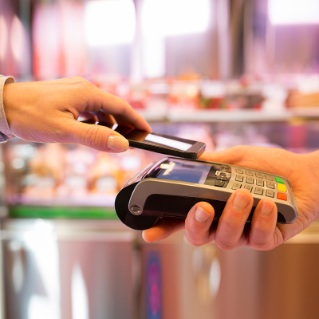 Where are contactless payments popular and which countries are leading the tap-and-go transition? With latest figures showing a startling rise in contactless payment spending last year, we thought it the perfect time to provide a snapshot of the market in 2016.

Here’s a look at three key metrics to describe the contactless state of play.

Usage Usage statistics don’t tell us everything about the market, but they certainly provide the best overall view of what’s happening.

Europe is leading the charge, with a recent MasterCard report suggesting around one in eight (13 percent) of in-store transactions is now made using a contactless card or device. However, the statistics vary widely by country. The following statistics are for the number of MasterCard-processed, in-store transactions that were contactless during 2015:

In the UK, Visa says one in seven of its transactions are now contactless after enjoying 250 percent growth last year.

Beyond Europe, contactless spending in Asia-Pacific is growing quickly, led by Australia, where tap-and-go has caught on more than anywhere outside of Europe. New Zealanders have caught up, though, with two-thirds now saying they regularly use contactless. Singapore has seen a doubling in contactless users. Across all of the Asia Pacific region, the use of contactless payments rose by 49 percent between 2013 and 2014.

While usage trends tell us a lot about the consumer stance, how many cards in circulation with contactless functionality tells us about how issuers see the market.

Across Europe, something like half of all cards issued to consumers are contactless. Further delving into the data by country, we can look at a recent report from Payments UK for more details.

It shows Poland leading the way, with 67 percent of payment cards in circulation with contactless functionality. Next was Italy on 62 percent, while Singapore leads the Asia-Pacific region on 47 percent.

Apart from Australia, other Asia Pacific countries are lagging a little. For example, just one in four cards in Japan features contactless technology. However, it’s worth noting that Japanese consumers own 3.3 debit cards each on average, so it would reasonable to suppose that most people do indeed own at least one contactless card.

As is so often the case, the US is the real laggard among developed markets, with barely a quarter of cards featuring contactless technology. However that is bound to be changing fast as the roll-out of EMV chip cards makes it more likely that issuers will include contactless functionality.

And finally, the maximum spend for a contactless transaction helps tell us a little more about the kind of broader attitude to security and fraud.

Asia Pacific countries seem the happiest with higher limits. For example, in Japan, the merchant can set the limit for a tap-and-go transaction. Australia has the highest limit at AU$100, which is about US$92. (Technically there is no ‘limit’ as a PIN is required for transactions over this value - generally by limit we mean a level without the need for two-factor authentication). Singapore and Hong Kong are next on roughly $80 and $65 respectively.

Limits may be on the way out, however. Biometrics, already in place with Apple Pay and other phone-based wallets, mean limits could soon be ditched as it will be possible to carry out a swift, seamless authentication of the transaction at the same time as swiping the card or phone.

How contactless is changing consumer expectations

Not only does contactless technology mean the consumer is...