Contactless: How it is growing and evolving 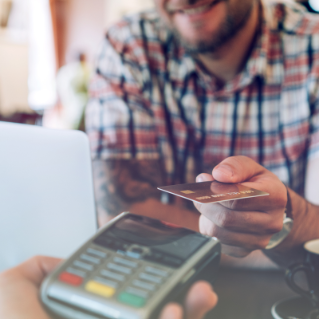 In markets such as the UK and Australia, contactless technology - via cards or mobile - is now a widely accepted part of the payments landscape. The 'tap-and-go revolution' has introduced consumers to a new level of convenience in how they make low-value purchases.

Adoption of contactless cards has been slower in countries such as the US, where consumers and merchants are still getting used to the EMV chip migration, but it seems like only a matter of time before contactless payments in their various guises are common all over the world.

So as we look forward to the next couple of years, just how much potential is there for growth and further innovation in the contactless space?

$1.3 trillion in contactless payments by 2019
According to the latest Contactless Payments report from Juniper Research, contactless transactions made via cards, mobile and wearables could reach a global value of $1.3 trillion (£1.02 trillion) by 2019. That would represent an increase of more than 100 percent from the $590 billion set to be transacted via contactless this year.

Cards are expected to continue to dominate, accounting for 80 percent of all contactless transactions in 2019. By 2021, contactless payments by debit and credit card could exceed $2 trillion around the world.

Report author Nitin Bhas said: "Purely from a payments and convenience perspective, it will be difficult for mobile wallet providers to gain existing market share from contactless cards. It is therefore incumbent upon them to deliver innovative services through which the mobile wallet will become the default payment mechanism."

Innovation and evolution
One of the markets that has played a key role in driving adoption of contactless payments is the UK, where contactless is now the favored way to pay for British shoppers, according to Barclaycard. The credit card provider released figures in June 2017 showing that contactless retail spending had increased by 34 percent since the start of the year.

It is in the UK that we are seeing some of the most innovative uses of contactless, demonstrating just how flexible and valuable the technology could prove to be.

In Bristol, regional homelessness charity the Rough Sleeping Partnership has set up contactless donation points where members of the public can donate £2 with a tap of their debit card. The money goes towards funding night shelters for homeless people in the city.

Meanwhile, in London, a promotional initiative between Transport for London and Lucozade saw contactless chips embedded in the base of Lucozade bottles, which were handed out to commuters. The bottles could be used to tap and pay for journeys through Oxford Circus underground station.

As easy as it is to dismiss this as a PR stunt, it gives an insight into the almost limitless flexibility of NFC chips and contactless technology, which is paving the way for unprecedented speed and convenience in payments. With wearables also showing strong potential for growth, it surely won't be long before it's normal for people to complete payments without even having to stop and put their hand in their pocket.

Alastair Hogben is a Senior Software Marketing Manager, responsible for the marketing of NCR's Financial Services enterprise software portfolio with a specific focus on CxBanking and enterprise-enabled applications.