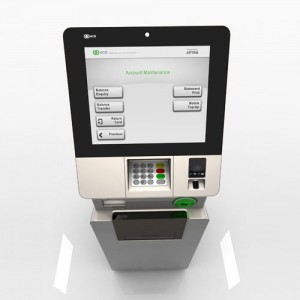 How do you make the ATM - a 1960s creation that still functions largely as it did 50 years ago - into something that embodies our new mobile-first attitude?

It’s not easy, but the first and most important step is ensuring the consumer experience matches what people expect from other comparable events, such as buying goods in-store or online.

One option is to make the ATM contactless, which is exactly what Australian bank ANZ is doing with the launch of the world’s first EMV secure ATM ‘Tap & PIN’ Near Field Communication (NFC) solution. Just like the contactless point-of-sale terminal, it works by reading card data without having to insert the card in the reader. It will also be the foundation for integrating contactless capability for authentication and pre-staging transactions at ATMs using a mobile phone or other portable devices.

The advantages for security are huge as card skimming remains a major source of stolen data and fraud losses. In Australia, where ANZ is active, skimming losses - largely stemming from ATM skimming - rose four per cent last year.

“This ‘Tap & PIN’ technology will go a long way in the fight against card skimmers and to make banking safer and easier for customers,” said ANZ Australia chief executive officer Philip Chronican.

But it’s about much more than fraud losses. Again and again the way consumers want to interact with their ATM is following on from advances elsewhere. “The growing dependence on technology means customers want simpler and faster ways to bank – but they also want to know their money is secure,” notes Chronican.

It’s also laying the groundwork for contactless ATMs to incorporate biometric authentication data, which will mean customers do not have to remember a PIN. This has two key benefits of course - more convenience and greater security.

Globally, tap-and-go payments in retail are booming and the ATM is ripe for joining in this contactless revolution.