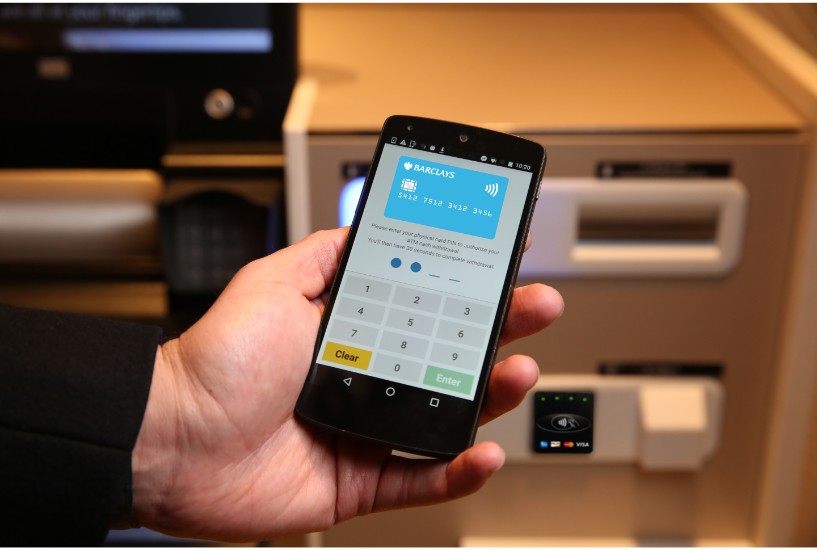 What’s the next step in the evolution of the ATM? One possibility is contactless capability, a concept that Barclays clearly has a lot of faith in.

The London-based bank has just announced the UK’s first contactless mobile cash service. It said the new function will give customers a quicker and more secure way to make withdrawals.

More than 600 in-branch machines will offer contactless withdrawals, with the initial launch taking place in northern England.  The rollout will extend to over 180 branches across the UK early next year.

Users of the Barclays mobile banking app will be able to choose how much cash they want to take out and insert their PIN on their phone. They will then have 30 seconds to tap their phone on the contactless reader to receive the cash.

Barclays customers with Android phones or contactless debit cards can also tap their device or card against the contactless reader and enter their PIN on the machine to make a withdrawal.

The bank noted that this method improves security by removing the risk of card skimming and distraction fraud.

Ashok Vaswani, chief executive of Barclays UK, said: “We are always looking for new ways to make our customers’ lives easier and their finances even more secure.

“Our customers now expect to be able to use their smartphone to make their everyday purchases. We want taking out cash to be just as easy. With contactless cash customers can quickly and securely take out money with just a tap of their smartphone – a first for the UK.”

This marks another milestone in the growth of contactless functionality in financial services. A recent report from Berg Insight predicted that worldwide shipments of NFC-ready point-of-sale terminals this year would surpass 16 million units.

Open banking is appearing in many countries, with the...