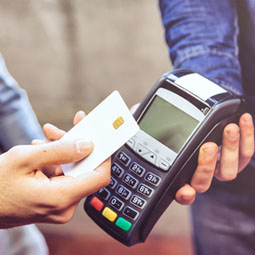 The use of contactless technology continues to be one of the biggest trends in the European payments market, as a new study has revealed the number of transactions in 2015 trebled compared with the previous year.

This is according to figures from consulting firm RBR, which found there were 3.7 billion contactless payments last year, with this technology accounting for one in five payments.

However, this is just the start. In the coming years, growing acceptance from merchants, as well as greater consumer familiarity and confidence in the technology, plus the ability to still enter a CVM for higher value transactions, is set to drive even higher growth. By the end of the decade, contactless will be the first choice for many people throughout the continent.

A growing acceptance
The keys to making contactless successful are familiarity and acceptance, and this is something that's hindered rollouts in places such as the US in the past, as few merchants installed the POS technology needed to accept contactless payments, while the number of contactless-enabled cards issued was also limited.

This figure is expected to grow quickly in the coming years. A separate study conducted by Berg Research has forecast that by 2020, 77 percent of all terminals around the world will be able to accept contactless payments, up from 45 million units worldwide in 2016 to 86.9 million units in 2020.

Already, more than nine out of ten new POS installations in Europe and the US (93 percent and 92 percent respectively) include these capabilities responding to card schemes mandates for this functionality for new terminals.

RBR also noted that as more contactless terminals are rolled out, these deployments are often accompanied by industry-led publicity campaigns, as merchants in various sectors look to promote the technology, in order to speed up transaction times and shorten queues.

One example of this is UK supermarket Sainsbury's, which recently announced it will roll out contactless technology in its convenience stores by the end of 2016.

The future of the technology
What this will mean is by 2021, the volume of contactless transactions as a percentage of overall card payments will have grown from five percent in 2015 to 22 percent.

This will be helped by directives from Visa and MasterCard for all EFTPOS terminals in Europe to be contactless-enabled by 2020. RBR said this will "result in better geographic coverage and inclusion of additional merchant sectors", which will in turn increase customer awareness and familiarity.

RBR also observed that countries as diverse as France and Belarus are promoting contactless as an alternative to cash, and spokesman at the firm Chris Herbert commented: "With contactless cardholding and acceptance continuing to spread rapidly, one-touch card payments will be second nature for the majority of Europeans by 2021."

However, it is not just at POS terminals where the rise of contactless has the potential to change how people use their cards. Contactless technology is also making its way into the ATM, where in addition to the convenience factor, benefits include a reduced risk of card skimming fraud.

But can customers become as comfortable with using their card at the ATM as they are at the POS? That's the topic of a webinar I'm presenting next month, where I'll discuss what the industry needs to do to ensure ATMs catch up with the contactless trend.

Sign up here to take part and hear industry insight on the technology.