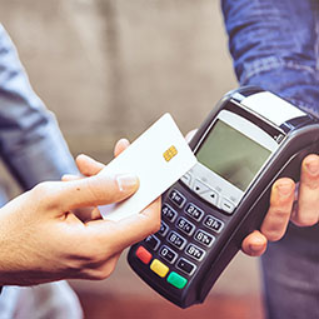 payments are concerned. People also like to know that they have control over

These are two of the key findings in the TSYS 2016 US Consumer Payment Study, which surveyed more than 1,000 people spanning various

demographics. The research provided some eye-opening insights into what

to improve their payment services.

Security over rewards
Asked to name their top priorities when shopping for a new payment card,

security and fraud protection and 26 percent preferred rewards. Regardless of the

fact that most cards offer the same level of protection, the study authors said this big disparity in preferences shows just how important

security is to consumers.

The report also revealed that people value features that give them more control over their finances, such as

mobile functions to stop payments, view transactions and turn cards on and off.

There have been some big developments on the security front in recent years, particularly in the US, where EMV

chip cards were rolled out nationwide in October 2015. EMV chips create a unique transaction code for every

payment, making them much more secure than the magnetic stripes on traditional credit and debit cards.

The TSYS report said: "The good news for consumers is that issuers take great care to ensure the cards they issue

have many security features and that transactions are encrypted and safe. The US payments industry has moved

to chip cards to eliminate the ability for fraudsters to successfully counterfeit cards.

"In the end, consumers do not need to choose security over rewards. However, the responses to the question we

can take anything for granted. Risks of fraud from non-EMV card not present transactions remains a major

concern. A recent study conducted at Newcastle University in the UK found that it's possible to generate valid Visa

credit or debit card in as little as six seconds. Researchers essentially used a process of elimination to identify card

details, taking advantage of the fact that it's possible to make multiple, invalid attempts to submit card data

Cash keeps its appeal
Cards are the leading consumer payment method in the US, according to the TSYS findings, but cash still has an

extremely important part to play, particularly with security in mind.

Nearly a third (32 percent) of the people surveyed identified cash as the safest way to make in-store purchases,

putting it just behind credit cards (35 percent) and significantly ahead of debit cards (18 percent). PayPal (two

percent), prepaid or gift cards (two percent) and checks (one percent) were a long way behind.

When consumers who hold both credit and debit cards were asked to name their preferred payment type, 40

percent said credit card and 35 percent opted for debit card. Cash (11 percent) was in third place and enjoyed a

level of support that was fairly consistent with recent years.

Sarah Hartman, senior director of consumer issuing at TSYS, told PYMNTS.com: "The strength in cash as a

methods and, of course, all of the push there's been over the years to become a cashless society." However, as

to cash while the 55 to 64 year olds had a much higher preference for cash.