The comeback of the branch? 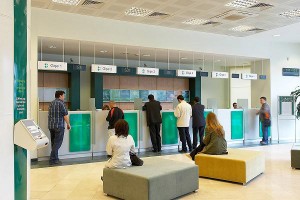 American consumers have embraced new technology and digital banking channels more than most. But while there has been a definite move away from face-to-face banking (branch) to more remote forms (ATM and online), it seems the tide, if not turning exactly, has at least stopped rushing in.

Latest data from the American Bankers Association (ABA) reveals that a combination of factors is leading to something of a rebirth for the bank branch. While 18 per cent of polled consumers in 2013 said going into the branch is their preferred way of managing their account, this had risen to 21 per cent this year.

It’s a small but important rise, arresting a steady decline in branch use since the advent of more sophisticated ATMs and, most crucially, online and mobile banking channels.

Why is the branch back in favor? Clearly banks are improving the customer experience. Technology is helping make this possible but it’s obvious that there is a greater range of services available in branch and customers, initially swept up with the internet, are returning to carry out important transactions.

Nessa Feddis, ABA’s senior vice president and deputy chief counsel for consumer protection and payments, notes that technology is playing a key role in shaping how consumers interact with their banks, but the branch remains central to this relationship.

“It’s clear that branches are still popular with many bank customers,” she adds. “When people are conducting a complex transaction like opening an account or applying for a home or business loan, they often prefer to do it in person. We’re seeing a branch renaissance in some areas, with many banks transforming their branches to become more efficient and customer-friendly.”

Aside from the comeback of the branch, what’s interesting about the data is the apparent loss of faith in internet banking. The corresponding number of consumers who prefer using online (laptop, PC) for banking slumped from 39 per cent last year to just 31 per cent in 2014.

That could cause some worry for banks as it may be a result of concerns about security. And while it’s easy to say that this can be explained by a rise in mobile users, the data suggests otherwise - just one in ten customers prefer to use their tablet or smartphone, up only slightly from eight per cent last year.

Finally, a small but nonetheless telling fact (inasmuch as it says a lot about technology improvements in this area), is that the number of people who say the ATM is their preferred banking channel has also risen - from 11 per cent last year to 14 per cent in 2014.