It has been reported that after just one successful transaction, customers ‘get’ what an EMV chip card is all about. For the payments industry, therefore, it’s important that we get this first transaction right and with EMV about to hit the US there is not much time left to educate and inform customers and businesses. 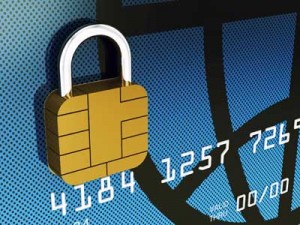 The Industry-wide CHIP IN Education Initiative, sponsored by the EMV Migration Forum and the Payments Security Task Force, seeks to educate consumers and small businesses about the new chip cards. Through this initiative, issuers, merchants, acquirers, networks and others are provided with educational messages and materials for sharing through social media and other channels. Of course there can be problems, which is exactly why this initiative is being run.

People may understand how to use their EMV card once they’ve completed their first transaction, but education is vital to get to this stage. The importance of education is highlighted by the results of a new survey which showed just one in ten Americans has received a credit or debit card enabled with an EMV chip.

those, only 35 percent have used them in a chip-and-PIN terminal, according to a poll from GfK Public Affairs and the Associated Press. Almost a third (30 percent) of those with a chip card already say they are not sure how to use the card.

Nearly half (46 percent) of all the respondents didn’t know why EMV cards are being introduced. Businesses need just as much help; in fact, they could be the real problem for a smooth rollout if recent research is anything to go by.

In the ABA Banking Journal, Nick Holland of Javelin Strategy and Research notes that as many as three-quarters of merchants are not ready for the liability shift in October.

"The majority of small merchants are not only not ready for EMV, they are not even aware of EMV," said Holland.

One important area for education is fraud. Twenty-two percent of the GfK survey respondents doubt that the move would boost payment security. The industry needs to make it clear that chip cards will help reduce fraud losses, at least in the card present sphere.

Last year, the US accounted for about half of the $16.31 billion in global losses from credit, debit and prepaid cards. The case for EMV should be easy to make, but it still needs to be made.

EMV is coming to America…and it’s going to change how you...