Recent headlines in the UK proclaimed that non-cash payments had at long last overtaken cash. However, delving deeper into the figures released by the Payments Council tell us there is a lot more going on than meets the eye.

Of all the payments made last year by consumers, businesses and financial organizations, 48 percent were in cash - the rest were electronic transfers, cards and checks. It must be noted that cash is also still the number one payment method for consumers.  52 percent of consumer transactions are done in cash compared to 24 percent for debit cards, the next most common. 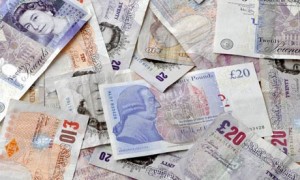 It seems that consumers are actually using cash more than ever.

The number of ATMs in the UK has swelled to nearly 70,000, with steady growth year on year. An official from the Bank of England also recently told the BBC that cash demand is actually on the up and reports a “46 percent increase of notes in circulation.”

In addition, the number of people using cash machines grew, with nine in ten (91 percent) consumers now withdrawing cash from ATMs at least once a month.  Cash machines were used 2.8 billion times in 2014, with consumers withdrawing £189 billion at an average of £67 a time. (Retail Banking Research 2014)

The Payments Council notes that this growth comes “despite potential cash displacement innovations which are gaining traction amongst consumers and merchants.”

Two other interesting developments were seen in the ATM space.

First, the number of cash machines owned by independent ATM deployers (IAD) surpassed those owned by banks and building societies for the first time in the UK.  The number of independently-deployed machines increased by 6.8 percent to 35,531 in 2014.  These deployers still clearly see the need to provide UK consumers with access to their cash in as many locations as possible.

Secondly, the employment of more efficient cash cycle management processes has driven more free-to-use machines being deployed. The number of free ATMs in the UK rose 5.2 percent in the year to exceed 50,000 for the first time.

With such developments and continued growth it seems that cash is going to continue as a trusted, convenient, secure and reliable payment method for UK consumers for some time to come.

Three reasons the ATM is still central to US banks

Three reasons the ATM is still central to US banks. Several...

Real-time payments: a life-saver for banks in the face of fragmentation?

Non-banks in the payment value chain are perhaps the biggest...

The financial technology industry would be unwise to ignore...